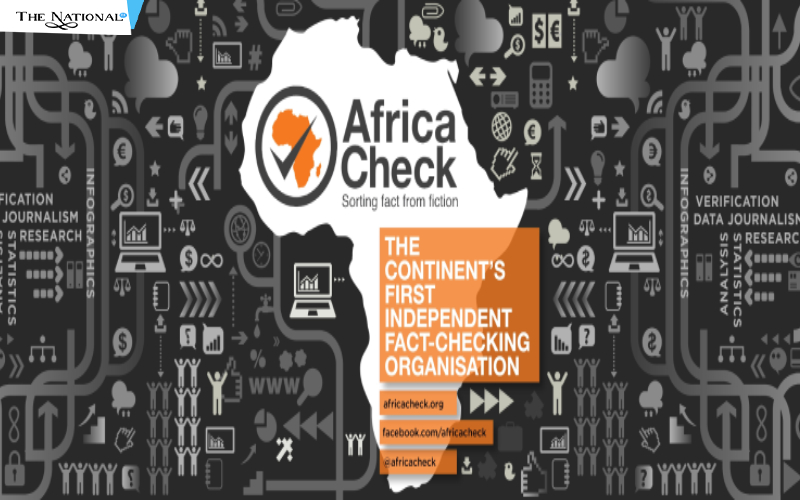 Africa Check, a fledgling fact-checking website, is attempting to pin down unfounded claims made by the country's leaders, media outlets along widely held beliefs. There is a common claim in Johannesburg that it has the largest man-made forest in the world. It's easy to believe; the city has a lush, green canopy that covers many neighborhoods. But it's not true, according to Africa Check, which found that the largest man-made forest is actually in China, next to the Gobi desert. Debunking bogus claims, politically charged fictions, and unfounded statements, Africa Check is a website that challenges media, politicians, and the occasional social media celebrity when they massage the truth or ignore it completely, said Julian Rademeyer, southern Africa editor for the site.

The fundamental element to get people to question what they're told, what they read, what politicians say to them, and to look at what the information that is there and ask essentially what the fundamental question is 'Where is the evidence?' If someone makes a claim, where is the evidence to support that claim, and to actually interrogate those claims and not to accept things purely for what they are,". Africa Check was launched in June 2012 by the Agence France Press foundation in partnership with the University of Witwatersrand's journalism department. Rademeyer and a researcher are the site's two full-time employees. There is also a team of freelance reporters who work on fact-checking assignments.

Following in the footsteps of popular American websites like PolitiFact and Factcheck.org, Africa Check is the first media outlet in South Africa to solely work in fact-checking. South Africa has a strong legacy of investigative journalism and photography that dates back to the apartheid era. But like many countries, its news industry has been hampered by shrinking budgets and newsrooms. Eventually, journalists will be writing their stories and thinking if the news editor doesn't pick up that something hasn't been verified, Africa Check might pick up that it hasn't been verified. It will create a greater culture of accountability. The more organizations out there holding journalism to account the better actually for the industry.

The site also takes on myths that get repeated so often that they go unchecked. When a South African musician with 175,000 Facebook followers made the claim that white South Africans are being killed at an alarming rate, Africa Check looked into the facts. It found that most of the musician's claims were exaggerated or untrue. Long term, we can envision the site expanding across the continent. As a project, it could play a very important role. The website has done some very basic fact-checking or fact sheet-related reporting on elements of the elections in Zimbabwe recently. We'd obviously like to do more of that in the next elections in Zimbabwe, for instance, and elections in neighboring countries. And try to expand our reach. With presidential elections looming next year in South Africa, Botswana, Mozambique, and Namibia, the site will be busy.