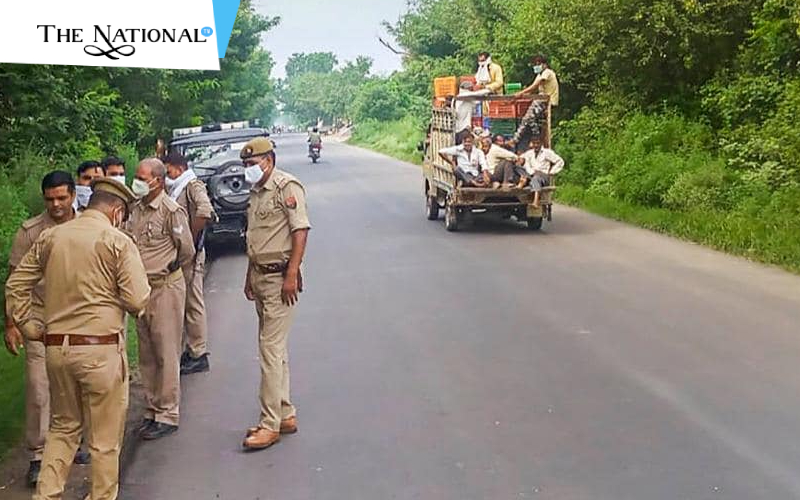 A 13-year-old girl was raped and strangled to death in Uttar Pradesh's Lakhimpur Kheri district, police said on Sunday. Two men have been arrested for the crime that took place on Friday. Police dismissed reports that the girl had sustained grievous injuries on her tongue and eyes in the incident, and said the post-Morten report stated that the death was due to strangulation after rape. The incident drew strong condemnation from the opposition parties, with the Congress and SP leaders attacking the Adityanath government over the law and order situation in the state. Police said the girl had gone to her fields on Friday afternoon. When she did not return home, her family started looking for her and found her body in a sugarcane field.

Deputy superintendent of police (DSP), Dhaurahra, Abhishek Pratap, said two men were arrested on Friday night. "On the complaint by the deceased's father, two youths identified as Sanjay and Santosh have been arrested," DSP Pratap said. A case of murder and gang-rape has been registered under relevant sections of the Indian Penal Code besides the Protection of Children from Sexual Offenses Act and the SC/ST Act. Superintendent of Police Satendra Kumar said that two accused will also be charged under the National Security Act. Earlier, the victim's father had said his daughter had been strangled. Her eyes had been gouged out and her tongue slashed, he har alleged. There were reports about injuries to the girl's eye and tongue. However, the postmortem conducted by a panel of doctors showed on such thing, he said. " The postmortem report stated the cause of the girl's death was strangulation after the rape," he said. The rape and murder of a teenage girl in Lakhimpur Kheri is an incident, which has shaken humanity. In the BJP rule, atrocities on children and women are at aj all-time high", he said in a tweet in Hindi.