Naila Inayat, a Pakistani based journalist re-tweeted the post with a tweet, "Former Pakistani High Commissioner to India Abdul Basit, mistakes Johnny Sins for a Kashmiri man who lost vision from the pellet. Unreal times these, really." Her tweet has already generated 10,000 like with mass sharing across social media.  Netizens created their own version of the memes and started posted with hilarious comments & memes.

A user, not shying away posted a hilarious tweet, "Looks like the Pakistan High Commissioner has lost his vision. Or is in the depths of despair. Heights of faking it."

With others following too, take a look 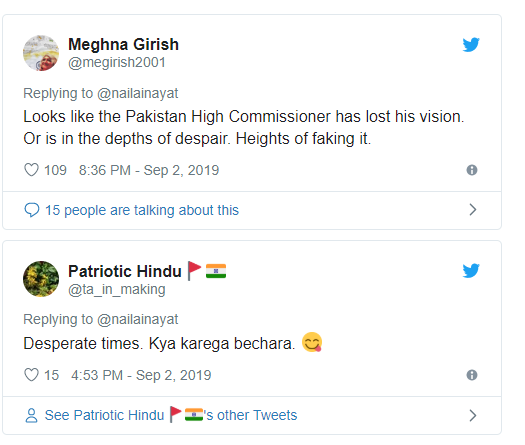