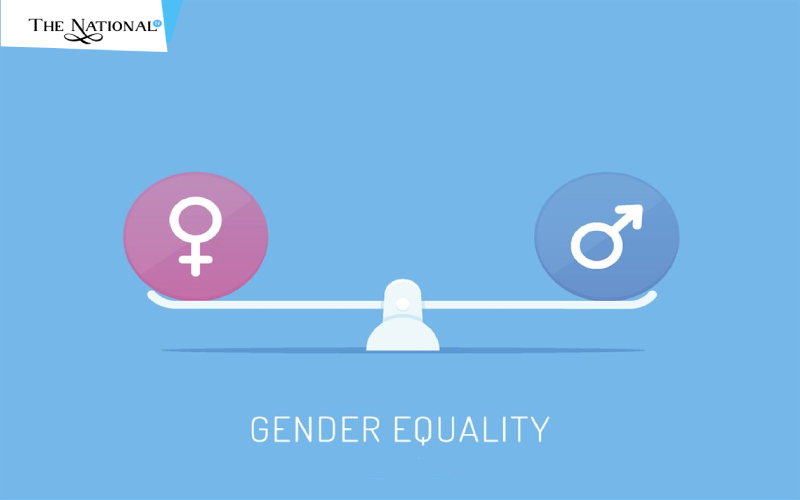 Discrimination is everywhere in the world. People often discriminate on the basis of caste, creed, and sex. There are many times where one or the other gender is oppressed. They are harmed, just because of their gender. These are just not the assumptions many studies show the difference between the ratio of girls getting educated and the ratio of boys getting an education.  Female infanticide or female foeticide is the prime example where a child is being killed just because of their gender. There is so much preference for son among many sections of our society. This is common not only in rural areas but also in an urban area.

When a baby boy is born in a family everyone celebrates while on the birth of a baby girl people give sympathy by saying it's ok goddess Lakshmi has come. When the girl grows up the family starts saving not for her education but for dowry. Girls are considered a burden in many parts of India. Girls are not allowed to play cricket rather they are given dolls or kitchen set.  By this, they are told that you have to do this in the future. What if she wants to be a cricketer or an athlete? What if she wants to run a business. Why parents give them gendered toys.

Why can't they give them gender-neutral toys or whatever the person wants to play with? A girl is always told by her parents that you should learn household chores as they will help you in the future. Parents never tell their sons to learn household chores. They are not gendered roles. These are basic skills that should be learned by everyone irrespective of their sex. In every stage of their life, they are considered less just because of their gender. She has to lose her identity after her marriage and take up her husband's last name. She is not given the credit for whatever she does at home because it is considered her duty.  Her inlaws put restrictions on her even though she treats them well. Just after a few years, they start demanding for a kid without even thinking of the need of her. If she works after delivery she is considered irresponsible because she chose her career over her child.  People always put restrictions on them, be it because of the kind of clothes they wear or the job they do.

A man can do a night shift job but if a woman does then she is considered irresponsible, she will have to give up on everything just to make her inlaws happy.

Be it education, the kind of environment we create for them everything is very different. Will you ever feel good about society about the people who are restricting you to do something just because of your gender. Things are changing day by day and mass media has played a huge role, by giving various movies on women empowerment and gender equality and also by their ads. Few sections of society are now thinking critically.  People have now started thinking about the conditions of women and there are many discussions even on various platforms on how to tackle these at ground level. Remember, discrimination is by the people we can surely work hard to stop discriminating. We will have to start the initiative at home by treating both genders equally. By considering even a girl's voice important. We should be thankful to the housewives who work day and night without being appreciated. We should give them a day off and make them always feel wanted. We motivate even others to stop discrimination based on gender.

After all, this world is for both the gender we should support and motivate each other. Together we can empower each other and achieve everything.