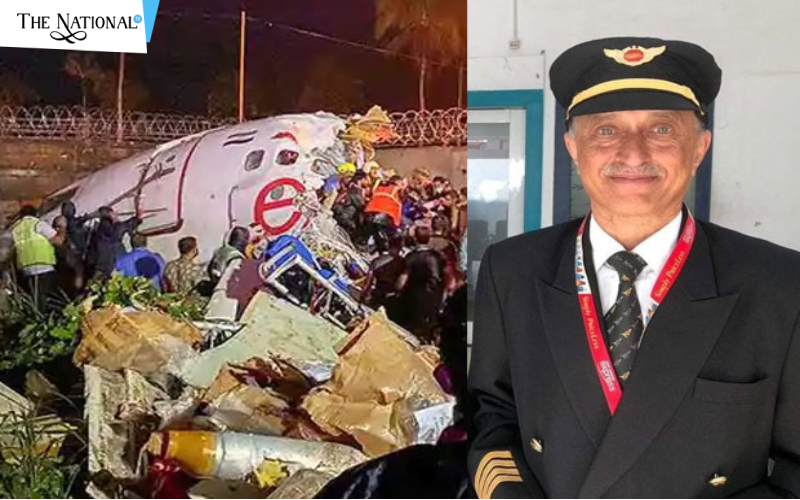 Mumbai: The mortal remains of the Captain Deepak Vasant Sathe, the commanding pilot of the ill-fated Air India Express, Dubai Kozhikode flight which crashed at Karipr airport in Kerala, were flown to Mumbai on Sunday in an Indigo flight.

His family, including his wife, young son Dhananjay, sisters, and other relatives, traveled by another flight from Kozhikode to Mumbai. Pilots and senior officers of Air India paid their respects to Captain Sathe at gate 5 of the international airport.

The pilot's body was then taken to Bhabha hospital morgue where it will be kept till Tuesday. His elder son Shantanu, who works at Amazon will fly in from Seattle on Monday. Captain Sathe's cremation will take place on Tuesday.

"There is a small pooja at home on Tuesday after Captain Sathe's mortal remains are brought home from the morgue by the Air India".said a family member. Due to heavy rainfall, residents are seeking permission to keep his body in the auditorium of Nahar International Shool were people can come to pay their last respects."The family had received some calls that some dignitaries, senior defense officers, and course-mates are planning to visit to offer condolences. On Sunday, his wife Sushma's elderly father and sister arrived from Pune.

The Indian Air Force will send a small contingent of officers to pay tributes and also help to conduct the last rites as per protocol. The cremation will take place at Edwardnagar crematorium in Vikhroli East.