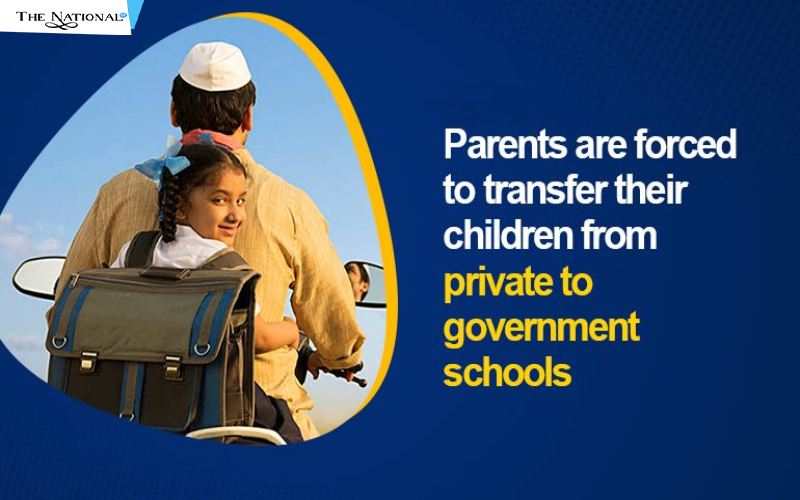 New Delhi: Many people have lost their jobs due to the Coronavirus epidemic. Something similar is the situation of H Prakash, a handloom weaver from Coimbatore. They have to shift their children from English Medium Private School to Government School, keeping a stone on their hearts. According to a Times-News Network story, his business has been badly affected due to the Corona epidemic, due to which he now has no source of income. This has not only happened with H Prakash, but many people across the country have lost their lives, due to which they want to get their children removed from private schools and admitted to government schools. Because neither they have the money to pay fees nor have the money to buy gadgets for online classes.

According to a report in The Times of India, sanitation worker Rajinikanth Solanki, living in Dudheshwar area of ​​Ahmedabad, was worried like most people when his salary was cut by 20 percent due to Corona epidemic. In such a situation, he took a very difficult decision and sought financial help from the school to teach both of his daughters in private school, but due to not getting it, he enrolled them both in the government school. Many such touching scenes are present all around us. While people were struggling with employment, many families were using school miles to feed their children. Meanwhile, a crowd of students was seen in funded schools. Gujarat has seen an increase in the intake of students by about 30 percent.