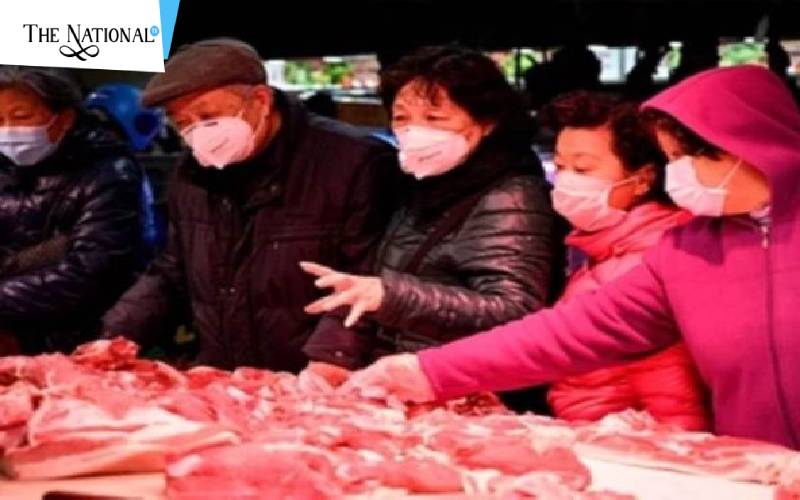 China has claimed the coronavirus as a surprise. China has said that the coronavirus has been found in frozen chicken shipped from Brazil. Corona was also found in prawns imported from Ecuador earlier. Customers in the city of Shenzhen have been asked to use caution when purchasing imported frozen food, as the coronavirus has recently been found in a frozen chicken wing from Brazil. Significantly, due to the coronavirus, China banned the import of meat from several countries including Brazil in June. However, this decision was soon withdrawn. At the same time, these positive samples are reported to have been taken from the surface of the meat, whereas in other Chinese cities, samples of positive cases were found from the packaging surface of imported frozen seafood.

The local disease control center (CDC) of Schengen had sampled chicken sent from Brazil during routine investigations. Upon investigation, its report has been found positive. The registration number of this packet showed that the chicken came from the Aurora Elementos plant in the southern state of Santa Catarina, Brazil. The Chinese government said in its statement that samples of other edible ingredients shipped with chicken from Brazil have been found to be negative. However, no statement has yet been issued by Brazil. The statement said the people who have come in contact with this product and related products have been investigated, all of them have come out negative. Also stated, customers should use caution when purchasing imported frozen food and seafood. Earlier, his test report was found positive on testing three packaging samples of imported frozen seafood for Kovid-19 in the northern city of Yantai in Shandong province, China. The local administration gave this information on its official Weibo account on Tuesday. At the same time, state media said on Wednesday that reports of samples taken from the surface of a packet of frozen shrimp from Ecuador in Wuhu city of Anhui province of China were found to be corona virus-positive.