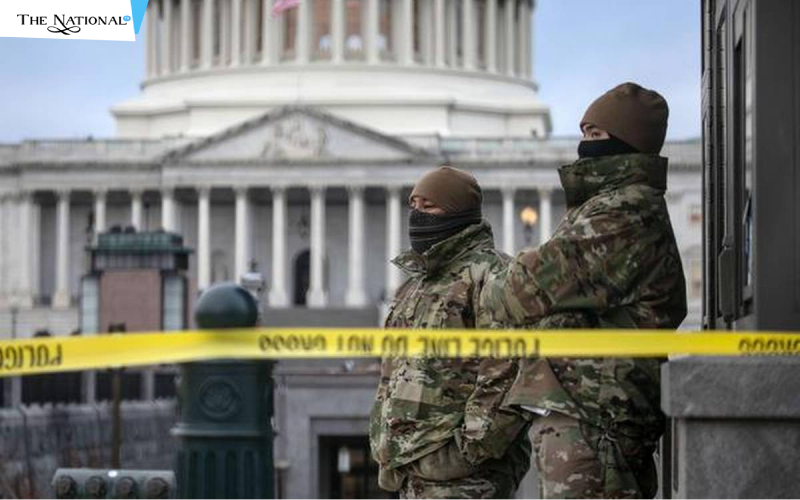 Handover of power to the Biden­Harris administration in the United States should be conducted in an “organized and peaceful” manner, India said on Friday. The official spokesperson of the Ministry of External Affairs Anurag Srivastava said that the violent incidents in the American capital will not succeed in subverting the democratic process.  “Indian position on this issue has been expressed clearly in the tweet of the Prime Minister. It was expressed that he was hurt by the incident of rioting and violence in Washington DC. Handover of political power should take place in an organized and peaceful manner. Unlawful protests of this nature cannot damage the process of democracy,” Mr. Srivastava said in response to a question during the weekly press briefing.

Prime Minister Narendra Modi had said that the mob attack on the U.S. Congress had left him “distressed”. “The democratic process cannot be allowed to be subverted through unlawful protests,” Mr. Modi had said. The statements from the Indian side came even as some Indian flags carried by Indian-­American supporters of President Trump were spotted among the crowd that attacked the U.S. Congress. Mr. Srivastava, however, did not elaborate on that in his response.  India, like other countries, is gearing up for the transition of power from the Trump administration to the Biden­Harris team, which will take over on January 20.  An immediate issue of bilateral concern is likely to be India’s purchase of a $400 million missile defense system from Russia despite the U.S.’ objection.

Outgoing U.S. ambassador to India Kenneth Juster on January 5 spoke about the choices that India would have to make in going ahead with the deal, saying that punitive measures under CAATSA — Countering of America’s Adversaries Through Sanctions Act — were not aimed at the friends and allies of the United States. “India seeks to keep its options open and purchase from any country. But there are also limitations that impose, and choices that might ultimately need to be made,” Mr. Juster had said.  In response to the envoy’s remarks, Mr. Srivastava said that India conducts its foreign policy on the basis of choices made to safeguard its “national security interest”. “India and the U.S. have a Comprehensive Global Strategic Partnership. India has a special and privileged strategic partnership with Russia. We pursue an independent foreign policy. This also applies to our defense acquisitions and supplies, which are guided by our national security interest,” said Mr. Srivastava.