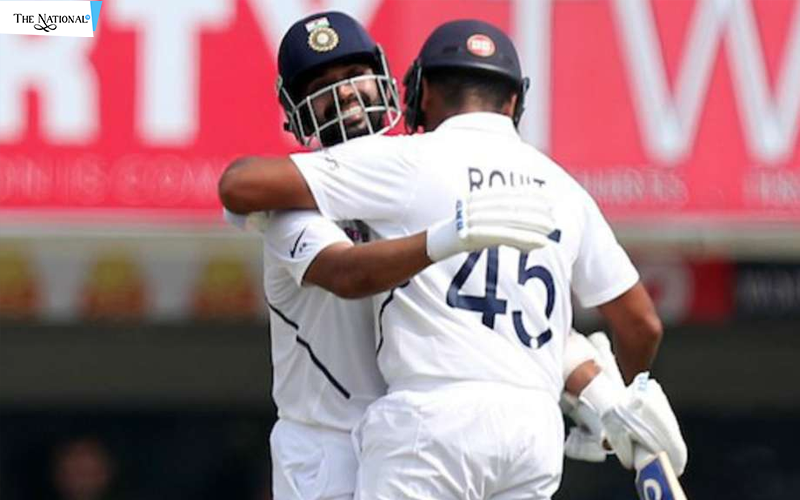 Ranchi, Oct 20: Rohit Sharma slammed his first Test double century before Umesh Yadav entertained the audiences with a flurry of sixes as India declared the innings for 497/9 on day two the second Test in Ranchi. Rohit scored 212 before getting dismissed by Kagiso Kagiso as he attempted to pull the bowler and ended up getting caught by Lungi Ngidi at backward point. Rohit completes first Test double hundred as India take control Rohit progressed his overnight total of 117 and reached a double century for the first time in the longest form of the game, having previously done so three times in ODIs. En route his 212, Rohit touched several milestones. Umesh Yadav too claimed a few Test records with his explosive cameo in Ranchi. Rohit breaks Don Bradman's 71-year-old record The right-handed batsman broke the 71-year-old record previously held by Bradman.

The legendary cricketer had an average of 98.22 at home soil in Test Cricket. Rohit's average rose to 99.84 after the batsman smashed his first double hundred in the longest format of the game today. A minimum of ten innings has been kept as the benchmark for the record. Rohit completed his double ton with a maximum Rohit smashed 28 fours along with six maximums, one of which got him to his double ton after he went into lunch tantalizingly close on 199. Before getting dismissed for 212, Rohit became the first Indian batsman to post 500-plus runs in a Test series against South Africa. Before Rohit, former India captain Mohammad Azharuddin had posted 388 runs against the Proteas in the 1996/97 season.