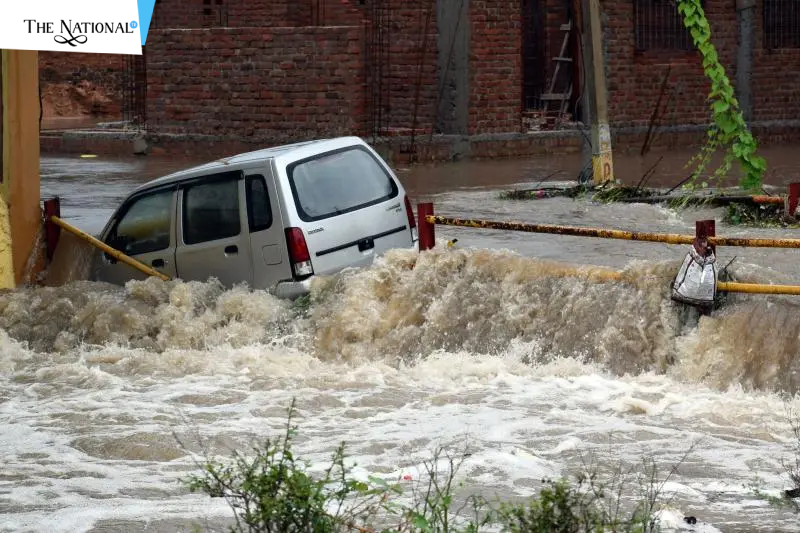 Indore: The killer rains took its toll. A nine-year-old girl and a man were electrocuted while another person died after he skidded and fell off his bike on his way to the office. A child was also 'swept' away in a nullah in the Chandan Nagar area. However, local residents didn’t confirm the incident when the police reached the spot. The first incident took place in Azad Nagar area around 7.30 pm on Friday. Even as it was raining, nine-year-old Aditi, resident of Alkapuri area had been to a temple in the colony when she touched an electric pole and got electrocuted. Locals rushed her to the hospital but it was too late. Azad Nagar police station in-charge Manish Dawar said Aditi’s father Rajesh is the reader of Depalpur SDM. Her body was sent for autopsy.

Another incident took place in MG Road police station jurisdiction. The deceased has been identified as Sujeet (40), a resident of the Bhagirathpura area. He had parked his bike near Krishnapura Bridge. According to the police, he was heading towards his bike when an electric wire snapped and fell on him and he got electrocuted. It was raining during the incident. People of the area informed police about the incident and took him to the hospital where he died during treatment. A 50-year-old man died after he fell from his bicycle while he was on his way to his workplace on Friday night. He was employed as a security guard. He lost control of his cycle and fell on the road. He received injuries after which he was rushed to the hospital but died. Boy 'swept' away On Saturday morning, a boy was "swept" away in Chandmari Compound under Chandan Nagar police station jurisdiction. TI Yogesh Singh Tomar said, "We reached the spot after the information but locals didn’t confirm the incident. After that, the team also searched near the nullah but nothing was found.