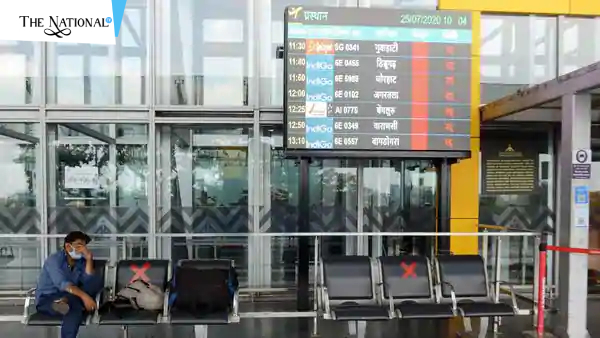 As per West Bengal government's latest order issued on 3 August about revised dates for total lockdown in the wake of the pandemic, flight operations at Kolkata airport will remain suspended on those dates, the airport authorities said on Tuesday. The West Bengal government Monday announced changes in the dates for the complete lockdown dates in August for the fourth time, removing all Sundays from the purview of the restriction to check the spread of the contagion in the state. As per the new changes the lockdown will now be enforced on August 20 and 21 and August 27 and 28, instead of August 16, 17, 23, and 24 as announced earlier, the government order said. The other lockdown dates - i.e. August 5, 8, and 31 are unchanged. This for the fourth time the state government has changed the dates. On July 28 the state government had thrice altered the dates.

The state government had on July 28 withdrawn the complete lockdown on August 2 and 9 and pared down the number of lockdown days from nine to seven. The step had then been taken after receiving requests from different communities since the dates coincided with festivals, officials had said. This time too requests and appeals have been received from different quarters to relax the lockdown on certain dates as they are coinciding with some festivals and days marked for the observance of local customs. The order issued by state chief secretary Rajiva Sinha said "We have taken this decision to partially modify the order keeping in view of the requests received and in due consideration of the public sentiment". The number of single-day COVID-19 fatalities in West Bengal crossed 50-mark on Monday after 53 people succumbed to the disease, taking the death toll to 1,731, the health department said. The state's coronavirus caseload also mounted to 78,232 after the highest one-day spike of 2,716 fresh cases was reported from different districts. Kolkata and North 24 Parganas district both accounted for 21 deaths.