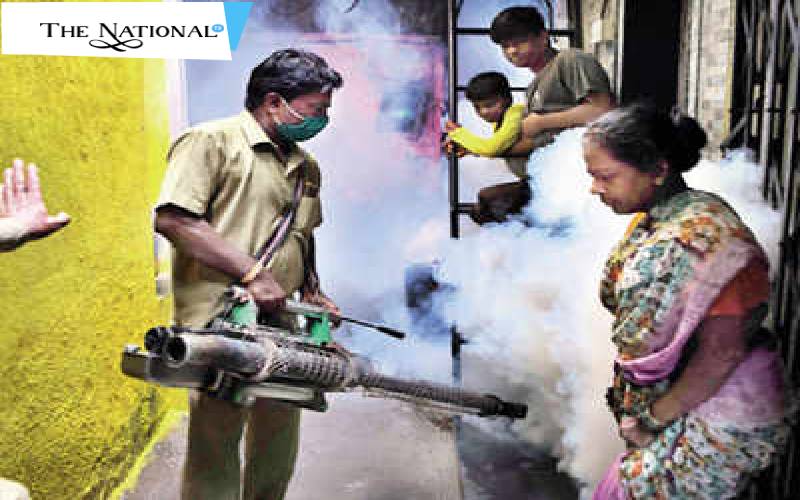 Mumbai: Malaria has claimed two loves ending the city’s short-lived streak of zero casualties caused by the mosquito-borne disease. In 2009 Mumbai, for the first time in a decade, had zero malaria deaths despite reporting over 4110 cases. In Maharashtra, Mumbai and the tribal-populated gadchiroli currently account for 83% of the Malaria cases, followed by Thane and Nagpur. Experts had cautioned against the disruption of antimalarial activities due to Covid-19 and how that could set back the small victories against the disease in decades. In Mumbai, malaria cases have more than doubled between the months of June and July, partly due to incessant rainfall on several days. About 29% of the state’s malaria cases are in Mumbai. BMC officials acknowledged that there was a marginal jump.”There are a few suspected malaria deaths which the review committee is yet to audit.

We are seeing some increase in cases and efforts are on to bring them under control, said Dr. Mangala Gomare, executive health officer, BMC. The cases are largely being detected from the south and central Mumbai wards. However, the city’s overall malaria incidence between January and July 1,558 is lower compared to the corresponding period last year when 1,719 cases were reported. Malaria casualties had dropped to single digits in 2017 when there were six deaths and 6019 cases. That year also marked Mumbai’s entry into the elimination phase. In 2018, malaria deaths further fell to three, and in 019, there were none. “We have begun screening for asymptomatic carriers and will ensure they finish their three-day treatment course. Surveillance and vector control activity is a big challenge there as people live near their rice fields in the sowing season,” said state entomologist Dr. Mahendra Jagtap, adding that Gadchiroli district has recorded two confirmed and two suspected malaria deaths.