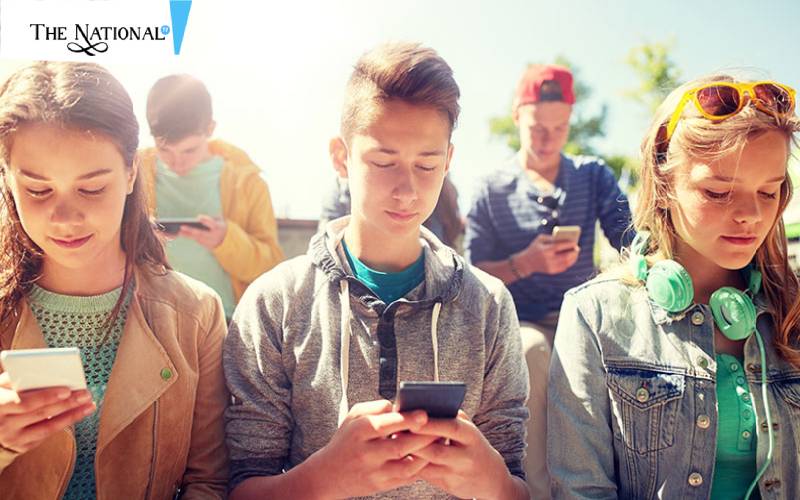 Due to the Corona epidemic, online classes have started operating in all schools, with children now spending more time on electronic gadgets such as mobiles and laptops. It is also affecting their physical and mental health. Parents are also worried about this growing problem. Children's shoulders, back, and eyes have started to ache due to continuous work on smartphones and laptops. There has also been a lot of change in the routine of children. Because of this, children are no longer spending their time with their parents. Irritability is being seen in children when parents stop. School administration is also taking suggestions from parents regarding this problem.

Alka Kapoor, principal of Modern Public School, based in Shalimar Bagh, Delhi, told IANS, "Children's screen time has increased due to COVID 19. Children's activity and education are now going on online. We have given children a good screen Time and Bad gave screen time sessions on how to study. We also insisted that after one class ie after every 20 minutes, the eyes should accede so that their eyes are healthy. "

Alka Kapoor said, "We also conducted a survey with the parents, in which we tried to know if the parents are satisfied with the screen time we are giving in school? We also changed the time table accordingly. "

However, concern has also been expressed earlier regarding the increasing screen time of children. How much time a child is spending on his phone and laptop in 24 hours is called screen time.

Charu Anand, a resident of Delhi, has two children. He told IANS, "My one son is a student of class VII and daughter is a student of class 10th. Classes are appearing online during Corona. But we have to tell the children to strengthen relationships with the family during this time, in good things. Spend time. Spend more time with grandparents. Children will learn a lot if they share their old stories and tell stories. "

Dr. Shruti said, "Children have to change their way of sitting, do not lie down on the laptop or phone, use the chair and table, your eyes should be at a reasonable distance while driving the laptop."

Dr. Neelam Mishra is a psychiatrist. "A lot of parents complain that their children are using too many phones. Parents are very upset about this," he told IANS.

He said, "We cannot stop online classes. But parents have to change their behavior towards children. We also have to engage children in some other activity. After class 5 days a week, on Saturday and Sunday children Involve in arts and crafts. Can inspire children towards other sports, such as cycling, playing carrom board, playing chess, etc. "

Dr. Neelam said that the parents also have to think that they do not fall behind the children or else the children will start getting irritated again. Negativity will start coming in the minds of children. Therefore parents have to change their behavior.

Seeing this problem, the government has also become serious. In view of the physical and mental effects of digital education of the children, the Ministry of Human Resource Development has also issued guidelines related to digital education under the name 'Pragyata'. As per the instructions, "Online classes for pre-primary students should not exceed 30 minutes. It also states that there should be two online sessions of 30 to 45 minutes each from classes 1 to 8, for classes 9th to 12th. 4 sessions of 30 to 45 minutes should be held. "