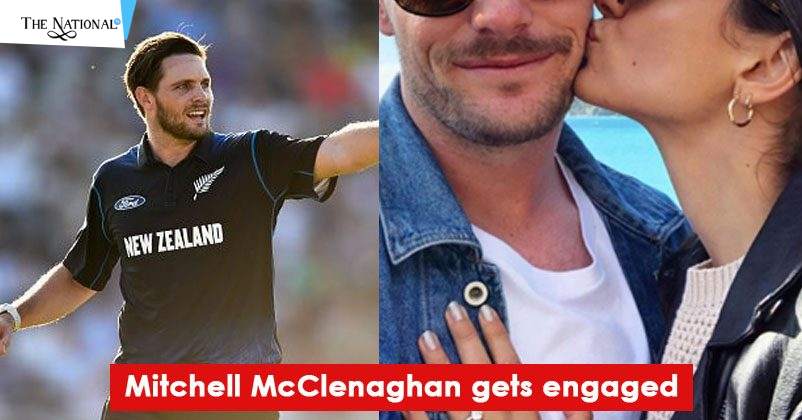 Mumbai Indian fast bowler got engaged in Indian Premier League (IPL), interestingly, this player had affair with a girl for the first time New Zealand fast bowler and Mitchell McClenaghan, who played for Mumbai Indians in the IPL, got engaged. According to media reports, McClenaghan engaged with his girlfriend Georgia England. Mitchell and Georgia tied up in an engagement on Sunday and soon the couple is going to get married, although the date has not yet been revealed. Tell you about the relationship with the bar girl, this New Zealand left-arm fast bowler had an affair with the girl once before. In 2012, he met Reene Brown, who used to work in a bar. Renee had revealed in an interview that Michele McLaneghan asked for her phone number and after that, the two started dating each other. Let me tell you that only after meeting Renee Brown, Mitchell McClenaghan got a chance to make a debut for New Zealand.

However, a few years later, there was a breakup between Michele McLaneghan and Renee Brown and they met Georgia Brown and now both have engaged. Let me tell you that Mitchell McClenaghan no longer plays for New Zealand, he has become a T20 freelancer cricketer who participates in the league around the world. The last time he played for New Zealand was in 2016 and he himself refused to take the Central contract of the New Zealand team. 33-year-old Mitchell McLaneghan has taken 82 wickets in 48 ODIs for New Zealand and 30 wickets in 29 T20 matches. Mitchell McLaneghan is a very important and lucky player of Mumbai Indians. Mitchell McLaneghan has won the IPL title three times with Mumbai. He was part of the Mumbai Indians who won the IPL in 2015, 2017 and 2019. Not only this, in the year 2015, he also decided his team's victory by taking 3 wickets for 25 runs in the final match. He did not get a single wicket in 2019 final but gave just 24 runs in his 4 overs. Mumbai defeated Chennai by 1 run in the final to win the IPL title for the fourth time.