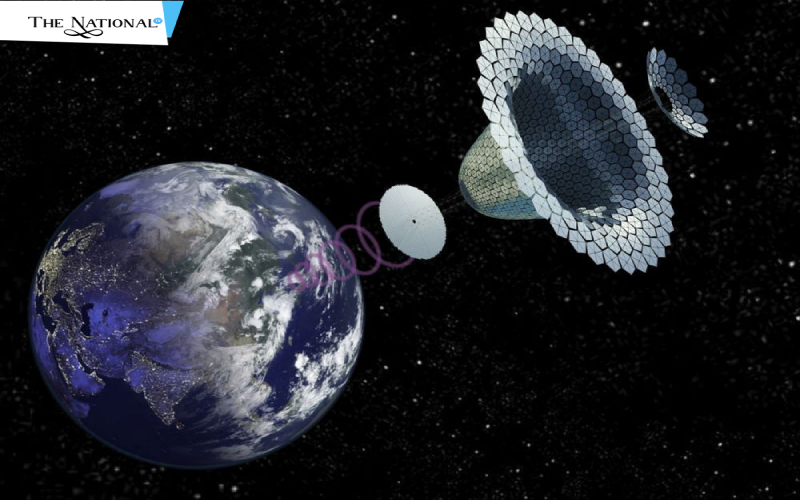 Given our planet's critical climate situation, the use of renewable energy has become one of the main alternatives to make the current world's prevailing pace and lifestyle sustainable. For this reason, several nations are already echoing these energy-sustainability initiatives. Important steps are being taken from the scientific world to consolidate this route of electricity generation as an alternative. The European Space Agency has realized the potential of a particular initiative, which envisages obtaining solar energy from space; which, in addition to supporting research, now seeks to fund. The idea of installing huge solar plants that float in space and transmit large amounts of energy to earth sound like a solution worthy of a sci-fi scenario.

Despite that and without going far, a similar concept was first proposed by the Russian scientist Konstantin Tsiolkovsky in the 1920s, and his main inspiration came from the literature of the time. A century apart from that example, today the initiative is contextualized within the framework of a world in which renewable energy-linked technology has developed rapidly, with greater efficiency and lower cost over time. The benefits of new mechanisms for sustainably obtaining energy are evident, but there is also no less obstacle around them: not all of these systems consistently generate energy. For example, wind farms are activated only when there are large wind currents, which is not enough to constantly supply a population of this basic service. The solution comes from space One possible way to solve this problem is to generate solar energy in space, which would eventually bring with it several advantages. A space-based solar power station can operate in front of the sun 24 hours a day.

Earth's atmosphere also absorbs and reflects some sunlight, so solar cells above the atmosphere will receive more sunlight and produce more energy. But one of the main challenges to overcome is how to assemble, launch and deploy such a large structure. A single solar power station may have to have an area of up to 10 square kilometers, which equates to 1,400 football fields. The use of lightweight materials will also be crucial because the higher expense will be the cost of launching the rocket into space. As a solution, a suggested alternative is to develop thousands of smaller satellites, which work coordinately as a swarm but are configured as a single large solar generator. In 2017, researchers at the California Institute of Technology described the design of a modular power plant, consisting of thousands of ultralight solar panels. They also demonstrated a prototype tile, which weighs only 280 grams per square meter, similar to the weight of a card. These are preliminary advances, so in the future, even smaller and lighter cells could emerge, probably manufactured by 3D printing.

Call for the scientific community This project is already installed on the agenda of the Europe Space Agency. For this reason, they enabled on their website an information portal in which, together with the presentation of the initiative, they also opened a call to collaborate. Around the world, various members of the scientific community are s spent time and energy researching and developing advances in the creation of solar power stations in space. If related research and experiments come to fruition, we could have a very powerful tool in the future to deal with climate change, which is one of the greatest challenges of our time.