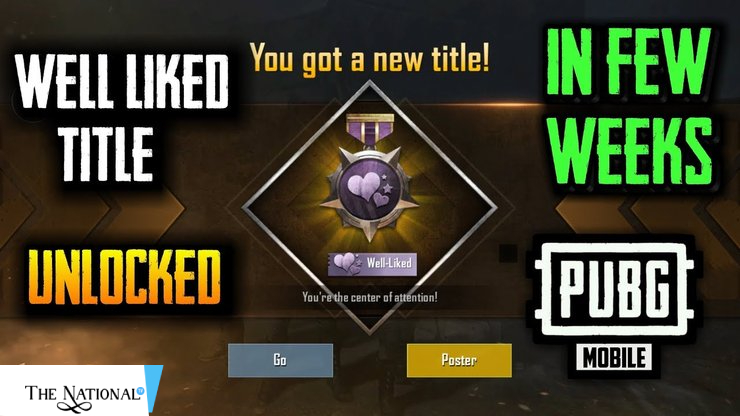 PUBG, known as Player Unknown’s Battle Ground, is now one of the most played battle-royale mobile games across the globe. PUBG has a very dynamic and unique method to put all the players on one ground seeking a winner-winner chicken dinner medal.  It has a very vast player base with millions of players playing this game, on a daily basis, on their smartphones and computers. PUBG has some unique and special titles which can be achieved by completing given tasks.

Here are the 5 top titles one can achieve easily:

Starting with the first title in PUBG Mobile is the Sharpshooter. The players are required to be in the platinum tier or above to achieve this title and then the method becomes really easy. This title can be achieved in PUBG mobile’s solo Classic Match.

This is the second one among the easiest titles that one can achieve in PUBG mobile. It is given to a player on receiving 1k successful likes in the game by others. A player can easily give like to his or her teammates when the match ends.

This is the third easiest title that can be achieved on reaching the ACE tier in any season of PUBG mobile. This is given at the end of every season and it is required to play total numbers of five matches to achieve this title.

On the 4th number while following the sequence the Perseverance title is also the easiest one to achieve in PUBG Mobile. For a player, it is needed to purchase the Royal Elite Pass for three consecutive seasons to get this title as pasted on his or her profile. After that, the player can redeem 600 UC during each season on completing all Royale Pass missions up to 100th RP (Rank).

The last and Fifth title requires extra effort and kind of a pro version of the player to achieve, as players are needed to kill their opponents in the following ways:

It is really necessary for the player to be in the platinum tier or the above and required to complete these given tasks while playing PUBG Mobile’s Classic solo Matches.