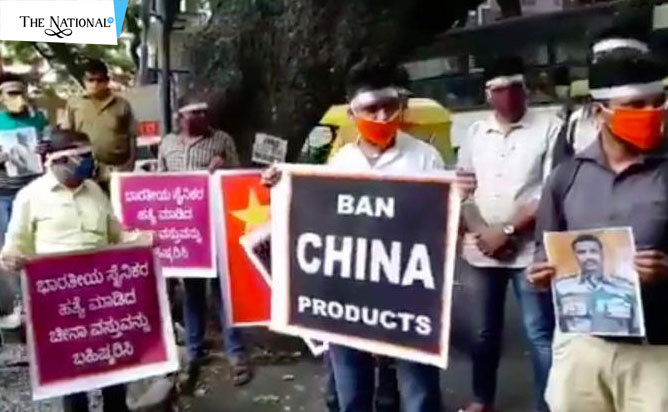 The Union Minister has asked people to stop eating Chinese food as the anger rises against China after a violence face-off in Ladakh led to the loss of our many soldiers. Junior Minister for our nation's Social Justice Ramdas Hathaway said one of the biggest actions that citizens can take hurt China, aside from boycotting Made-in-China products, is to stop eating their Chinese items.

"My suggestion is that restaurants and hotels that sell Chinese food should be shut down. I also request those who eat Chinese food to stop eating them, boycott them." Mr. Athawale told a news agency.

"During such a time when our Indian 20 soldiers were killed by Chinese and they always disrespect us, my request is that everyone should stop eating Chinese food. All the states must give an order to BAN Chinese restaurants and hotels" the Union Minister told ANI.

"They should stop doing these nonsense activities (on the border). They have no right t come on our border, ' humare aangan me unka kya kaam hai( what is their job in our area)? If we are not interested to control your area, then why you people are doing so?" he added

While most of the people supported the Union Minister's suggestion, while others made fun of it as an inappropriate suggestion, with many pointing out that the so-called Chinese food mostly consumed in India is only in name and those who sell them are people who have a job to lose if their businesses close down.

Many people had posted on social media showing that they are throwing out flat-screen TVs from their balconies and destroying them, and some people even burning China-made electronics in protest against Chinese aggression. There have been a thousand of calls to stop using mobile apps and other software with roots in China, such as the video- making app TikTok.

Indian and Chinese soldiers were involved in a violent face-off in eastern Ladakh's Galwan valley on Monday night.

The military commanders of both sides are holding talks at the incident site today to defuse tension.