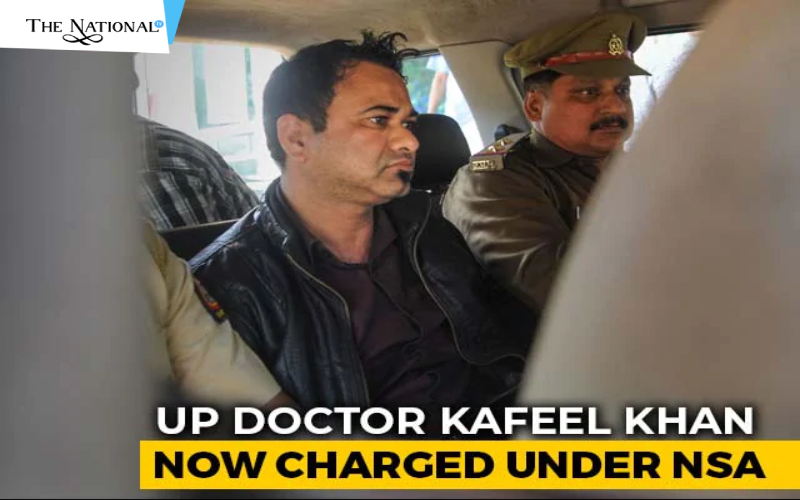 Kafeel Khan, the Uttar Pradesh doctor jailed under the tough National Security Act (NSA) for an alleged speech against the Citizenship (Amendment) Act or CAA, must be freed immediately, a court said today, calling his detention illegal. The doctor's speech did not show any effort to promote hate or violence, the Allahabad High Court said. Dr. Khan was charged under the National Security Act for his speech against the CAA at a talk at the Aligarh Muslim University late last year. The Gorakhpur doctor was arrested on January 29. While he was first charged for allegedly promoting enmity between different groups on grounds of religion, charges under the National Security Act were invoked two days after he was given bail on February 10 this year. Dr. Kafeel Khan is currently lodged in a jail in Mathura.

The First Information Report, filed on December 13 last year, says Dr. Khan made an attempt to vitiate the peaceful atmosphere at the university and disturb communal harmony. "A complete reading of the speech prima facie does not disclose any effort to promote hatred or violence. It also nowhere threatens peace and tranquility of the city of Aligarh," the high court said today. "It appears that the District Magistrate had selective reading and selective mention for few phrases from the speech ignoring its true intent," the High Court said. Introduced in 1980, the strict National Security Act empowers the government to detain people, without being charged in court, for up to a year if they suspect that they could disrupt public order, endanger the security of India or its ties with foreign countries. Dr. Khan was suspended, arrested, and jailed for his alleged role in the deaths of over 60 children at a government hospital in Gorakhpur due to an alleged oxygen shortage in 2017. In September last year, a UP government report cleared him of all major accusations.