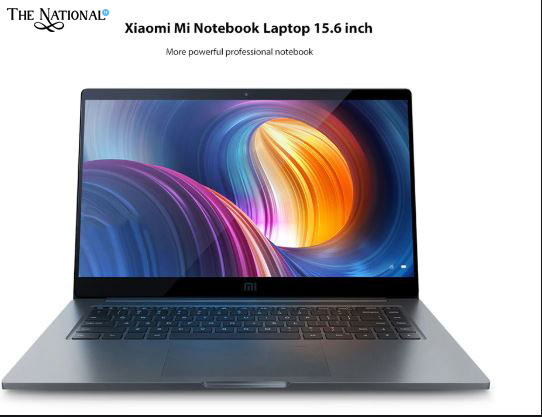 Xiaomi, a leading brand in India in the segment of smartphones with the latest technology has started teasing India’s market with something bigger. From the recent tweet of Manu Kumar Jain, Global Vice-President of Xiaomi, one could take a hint of upcoming Xiaomi’s laptops that will arrive sooner or later.  The brand has shared a new teaser in which the model of the upcoming laptop is revealed and that will launch first.

Xiaomi, unlike other brands, has changed the smartphone market of India, since it took place inside the market world. From its very first released phone Redmi 1S, Xiaomi has been leading in the market for past some 11 Quarters. And now the company is leading the smart TV in the segments along with some wearable gadgets or the technology that can be used indoors. After all that, Xiaomi is really excited and ready to shake up the whole laptop market of India. Right after the launch of its flagship in India, the people of India have been constantly requesting Xiaomi to introduce their valuable laptops in India’s market for years. The top-level officials of Xiaomi have been passing the hints by posting like: ‘Its time’ and #WhatsNextFromMi through their twitter handles which clearly shows the upcoming arrival of laptops.

The chief business officer of Xiaomi India, Raghu Reddy, has revealed some major information about the company’s upcoming laptop strategy to the Economic Times media and newspaper and he mentions that no way that Xiaomi will follow its smartphone model of affordability by launching its high specification entry-level laptops in the market. Also, he mentions further, that Xiaomi will not load the market with too many models and the brand will be targeting the power users such as content creators, gamers, graphic designers, and etc. He has revealed that they are going to launch these high-level top generation laptops ahead of upcoming Diwali. But as per the current situational demand for “Work from Home” has been increased than the past some months, chances of launching can be altered as well. Well, that is not the confirmation yet.

One last but not the least states that the company also has some major plans to start the manufacturing of its laptops locally in India, after reaching to a prominent level of monthly sales. It is really necessary for them to understand the market approaches and the demand for their upcoming laptops that won’t be affordable like their smartphones. And as if won’t be affordable then there are chances that it is going to compete with other high specification laptop brands like Dell, HP, Lenovo, Microsoft, and maybe Apple as well.

This would be hard for them to make a place among the previous conqueror brands but as per Xiaomi has always been in demand because of its technology then there are chances to make a stabilization among the people like youngsters or the youths.