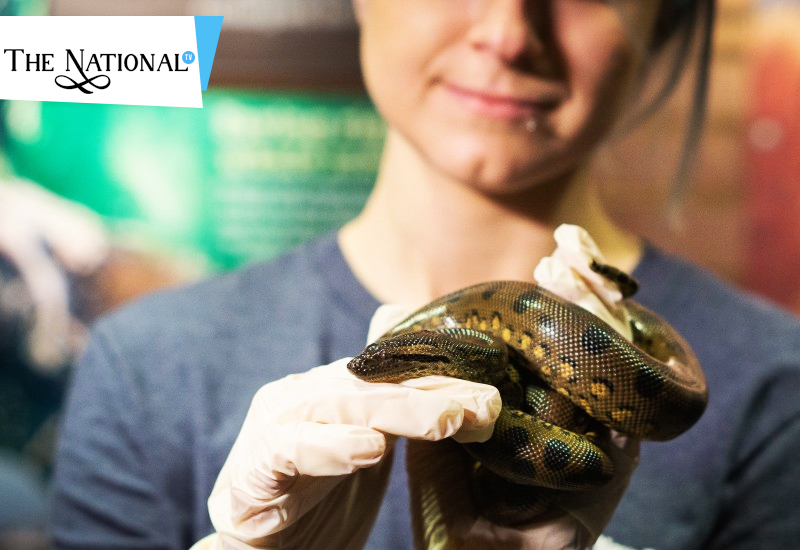 The Birth of 18 baby anacondas at a Boston aquarium has left may wandering as their mother has lived most of her life in solicit abstinence. Anna, a female green colored anaconda gave birth to 18 anaconda snakes at the New England all female Aquarium in January, however, only two have managed to survive.

According to the reports of the aquarium, the anaconda babies were produced via a unique form of asexual reproduction better known as parthenogenesis or “virgin birth” in Greek. The young offspring are clones of their mother as per the Boston Globe report.

Parthenogenesis is an extremely rare phenomenon among vertebrates. Even so, the case concerning Anna is only the second known case of parthenogenesis or asexual reproduction in green anacondas.

Sara Tempesta said, “So with vertebrate species like this anaconda it's mostly been reported in animals that are held in captivity," an employee of New England all female aquarium. She also said it seems to be that on holding these animals far away from males for many years cues them into reproducing in a different way.

The offspring have not been put in the display and are taken care behind the scenes.