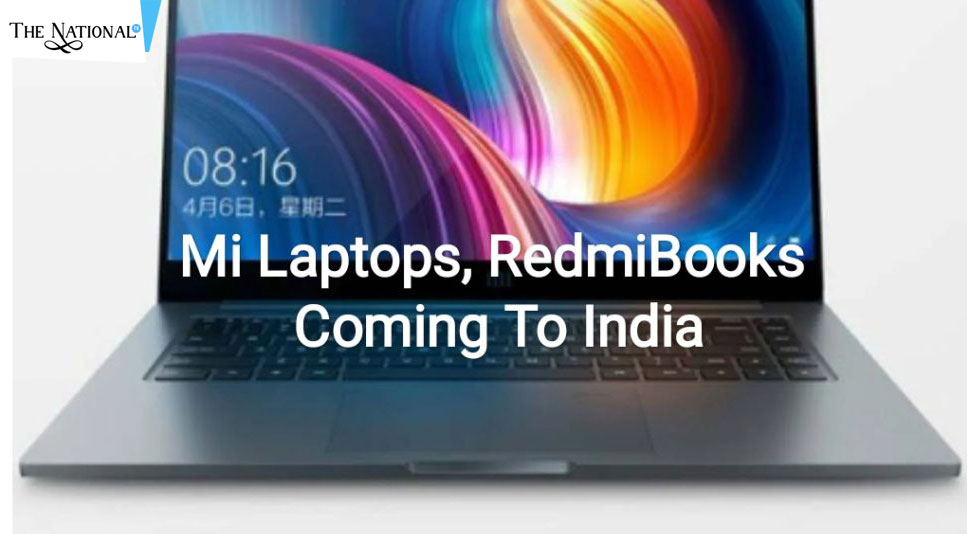 Xiaomi, one of the leading brands of India, in the segment of technology, mentioned that it is going to launch an India exclusive Mi Notebook series on June 11 via an online event.  Talking about the launch event, it will kick off at 12 noon IST and will be streamed across all the social medial platforms run by Xiaomi and Mi.com as well.

Manu Jain, Global Vice President of Xiaomi, and Managing Director of Xiaomi India confirmed, with the help of his tweet that the to-be-launched Mi Notebook model is made with the consideration of India’s people choices. It is exclusively for them only. Xiaomi announced, last week, that it will be bringing up the model in India’s Laptop Market in the month of June.

Raghu Reddy, the Chief Business Officer of Xiaomi India, told IANS during an official interaction, “We are officially ready and excited to introduce the next big category in India with the Mi Notebook Series. We’ll be having two series, broadly, under Mi Notebook that we are going to launch. The design is just enormously minimalistic, a power-packed device with the latest technology to partake all the criteria of a user.” He also mentioned further that the company also intends to introduce more efficient products under the Mi brand like the IoT (Internet of Things) products and extra Smart TV.

Extracting the info from a recent report, it has been said that Mi`s first Notebook will be a rebranded and specific version of Redmi Book 13 which was launched in China back in December 2019.

Talking about Xiaomi’s Redmi Book 13 features, it has a 13.3-inch of Full HD (1920 x 1080 pixels) resolution anti-glare display that is also known as Horizon Display, this has narrow 4.65mm bezels on three of its sides. This extra smooth display offers a 178-degree of wide-viewing angle with minimalistic 250Nits maximum brightness with every possible contrast. The Redmi Book is 16.3 mm. of thin and weighs around 1.23 kilograms. This unique Redmi Book comes in two sets of configurations options-one is with 10th Generation of Intel Core I5-10510U extra smooth and sharp processor and the second one is 10th Generation of Intel Core I7-10510U chipset inside with powerful and flashy speed.

It has been told that the upcoming Notebook will be having almost the same configurations but as per Xiaomi India puts its other specifications in Indian Products, there are chances to see some extra features which weren’t in Redmi Book of China’s Version.