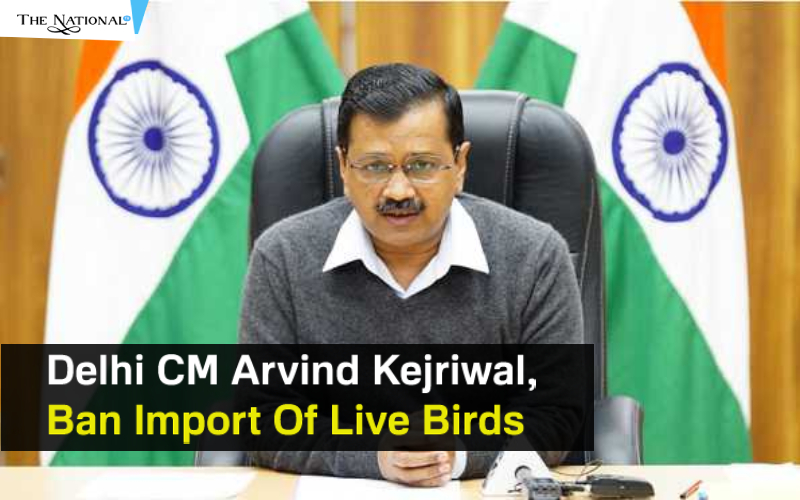 Chief Minister Arvind Kejriwal on Saturday announced a ban on the import of live birds to Delhi and ordered the shutting down of the Ghazipur poultry market in the wake of the avian influenza outbreak across the country.  He said a 24­hour helpline — 23890318 — has been set up for the assistance of people and the Delhi government has collected 104 samples till now which have been sent to a laboratory in Jalandhar.  Dead birds Three recreational parks, including the Hauz Khas park and the Dwarka Sector 9 park, and the famous Sanjay Lake were closed by the authorities on Saturday as several birds were found dead on their premises in the last couple of days, officials said.

“In the last few days, there have been several cases of bird flu across various parts of the country, which is a cause for worry. Cases of bird flu have been registered in Madhya Pradesh, Andhra Pradesh, Himachal Pradesh, and Rajasthan. No confirmed case has been registered in Delhi until now,” the Chief Minister said during a digital briefing.  “The Delhi government is following all guidelines and directions issued by the Central government with regard to the bird flu. Rapid response teams have been formed in every district to contain the spread and conduct proper surveillance. They will function under the District Magistrates,” he said.

According to Mr. Kejriwal, veterinary officers are conducting surveys in all bird markets, wildlife establishments, and waterbodies across Delhi. The teams are especially focusing on the poultry market in Ghazipur, Shakti Sthal Lake, Bhalswa Lake, Sanjay Lake, Delhi Zoo, DDA parks situated at Hauz Khas Village, Pashchim Vihar, and Dwarka.  Ten ducks were reported dead at Sanjay Lake, the Delhi Development Authority said, adding that their samples had been sent to ascertain the cause of death.  Also, 24 crows died in the last four days at the District Park, Jasola, and the DDA said it was monitoring the situation closely while remaining in touch with other government agencies.