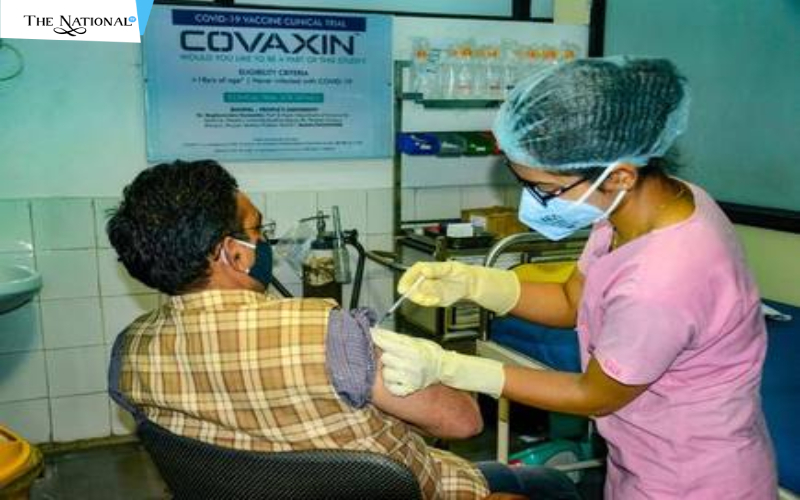 The threat from a ‘mutated’ novel coronavirus appears to have helped Bharat Biotech secure an emergency use permission for Covaxin, a perusal of meeting records show.  In three marathon meetings from December 30 to January 2, the Subject Expert Committee of the Drug Controller ­General of India changed its stance from insisting on efficacy data for establishing proof of protection of Covaxin to approving it for emergency use in a “clinical trial mode”.  The panel had been insisting on the data at least since December 9. The minutes of the meeting, made public on Tuesday, show that the committee on December 30 directed Bharat Biotech to provide updated “safety, immunogenicity and efficacy data” from its ongoing Phase­3 trial. It was scheduled as a placebo-controlled trial involving 25,800 volunteers across the country where some get the actual vaccine and some don’t.

At the next meeting on Thursday, when the panel approved the Serum Institute’s Bovishield vaccine, the committee does not appear to have considered additional data. It relied on safety and immunogenicity data and those on “severe adverse events from the ongoing Phase 3 (without specifying how many). These data were furnished on December 30 too, and again the committee recommended that Bharat Biotech expedite the recruitment and perform an interim efficacy analysis for further consideration of restricted emergency use approval”. Just a day later, at another meeting of the committee on January 2, the company presented “further updated data [it isn’t mentioned what] and requested that their proposal be considered in the “wake of incidence of new mutated coronavirus infection”. No placebos Here the committee accorded its approval, though specifying that this is done only in a clinical trial mode. Balram Bhargava, Director General, Indian Council of Medical Research, a partner in the Covaxin project, said at a press briefing on Tuesday that the clinical trial mode implied that there would be no placebo shots.

Everyone eligible would be given the actual vaccine and followed up for reports on adverse events, as in a trial. In a statement, the All India Drug Action Network (AIDAN) said, “We are perplexed at the abrupt change in thinking of the committee from the first two meetings to the third day on which approval was recommended while apparently discounting the need for efficacy data.” Krishna Ella, chairman, Bharat Biotech, said on Monday that the Phase­3 trial would continue and efficacy data would be available in March. He said a scientific publication from his company was coming within a week on the Covexin strain’s response to mutated SARS­CoV­2. ICMR scientist Samiran Panda had told that a whole inactivated virus was likely to confer protection against a wider range of strains as more parts of it were exposed to the immune system. Other scientists say in the absence of efficacy data, there was no evidence to believe so.