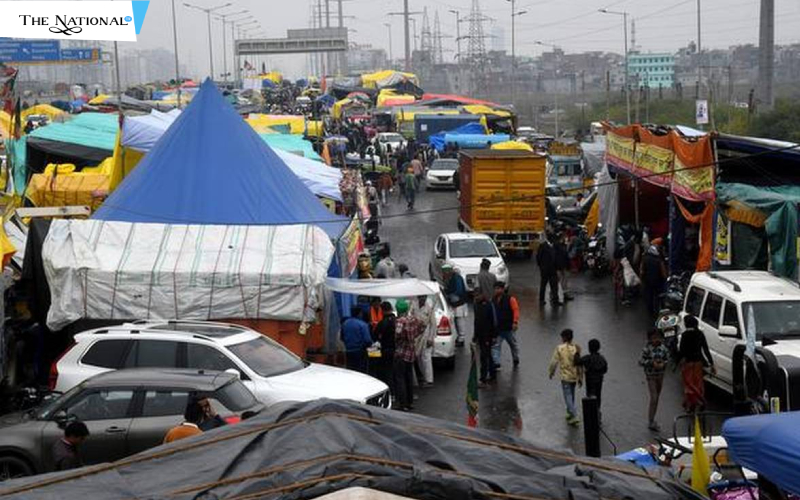 On the eve of the tractor rally, protesting farmers at the Singhu border on Wednesday remained determined to stay put till the Centre meets their demand to repeal the three controversial agriculture laws. They added that a large number of people from villages in Punjab and Haryana were on their way to the Delhi border to join the ongoing agitation. Several groups of farmers joined the protest at the Singhu border ahead of the tractor rally, which will see thousands march along the eastern and western expressways around Delhi.

Despite the biting cold and incessant rain over the last few days, the farmers at the protest site maintained that all “hurdles” were being dealt with quickly and that all arrangements have been made to help them sustain their fight indefinitely. Kulwinder Singh, a farmer from Punjab’s Patiala district, said: “I have been here since Day 1 and despite facing harsh weather conditions, our determination has remained the same. We are not going to move from here unless the laws are repealed. It is completely up to the government when they want us to move. The day our demands are met we will return to our villages.”

Stating that several women were part of a large contingent coming to the Delhi border on Thursday, Mr. Kulwinder said: “From our particular village, there are around 40 people who will reach the border for the tractor rally, several of whom are women. We are also prepared for Republic Day and to move forward into Delhi if the Central government does not accept our demands.” Amreek Singh, another farmer from Patiala who has been camping at the Singhu border for the last eight days, said: “We have not come here to leave before we get what we are fighting for. All arrangements and precautions required to sustain ourselves here are in place. Several more of our family members will be joining us soon.”

The farmers who have been protesting for over 40 days now have demanded a repeal of the three farm laws and a legal guarantee of Minimum Support Price. Amritpal Singh, another farmer from Punjab, said: “We are here for a legitimate cause and we will stand our ground. The government will have to concede as we are not willing to return.”