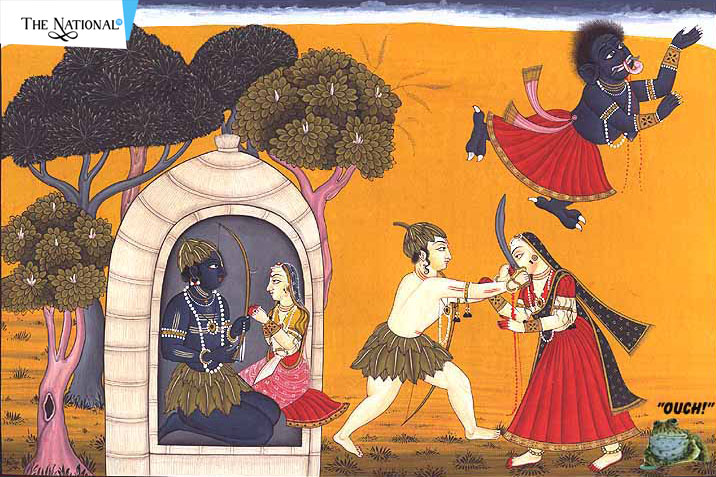 From a very young age, we are taught to worship the Indian mythological heroes and we take no initiatives to learn any facts about them. We blindly follow whatever is instructed by the elders and society. I did the same, everybody does the same. But every coin has two sides and I realized it a while ago. I realized this when I came across a book that depicted the story of Mahabharata from Kauravas' perspective. It is so engraved in our minds that Ram Ji who we consider as our deity, symbol of truthfulness was right with all the decisions he made and nobody ever questioned that because as a Hindu it's our karma and dharma to worship him.

But nobody tried to comprehend the pain of Sita Ma, who gave all her life serving her husband but in return, she was questioned on her character and so she had to perform "agnipariksha" to prove herself. Not only in the Hindu religion, taking the example of Islam, but 90% of Muslim women also don't even know that they can enter masjid to pray and it is their fundamental right. "Fundamental right " - this is what I am talking about. Why do women need to attain rights for everything when these things are eventually normal for men. There are many laws and fundamental rights made in the favour of women and that is where the problem lies. Men have been taught to be this way, behave superior, and not equal.

I don't question any particular religion or any particular god. But I smell patriarchy in even the idols whose stories are told and are followed for generations. In every depiction, there is a woman who was looked down upon by their own fellowmen and it was justified by the word "dharma". Starting from Sita Ma to Gandhari every woman has been through this and we tend to call them our gods because who cares about the truth. Patriarchy wins even in our Vedas.