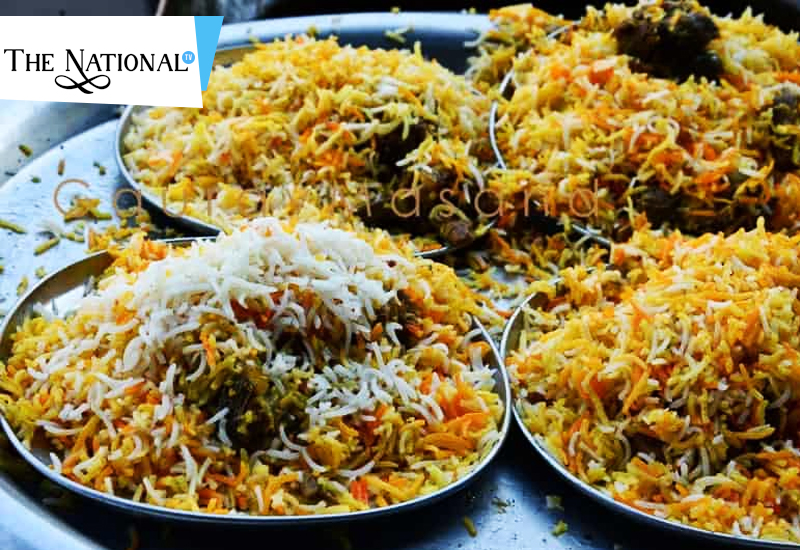 (1) Nihari and Kulcha at Rahim’s:
Started in 1890 by Haji Abdur Raheem Sheb, Raheem’s eye-popping hotel is now world famous for its Nahari-Kulcha combination. This a perfect place for all kind of meat-lovers. Nahari is a robust meat curry blended and cooked with special herbs and spices on a low fire that is best served with a warm and fluffy Kulcha. Romali roti, Sheermaal are also served with meat gravy.
So yes jump here for the best taste if you are roaming around nearby.

(2) Biryani at Wahid Biryani:
One of the must eat local food in Lucknow.  They have been serving Biryani since the late 1950s in Lucknow. This sumptuous dish is straight from the streets of Nawab. Cooked in the royal Awadhi style, the texture of this Lucknowi Biryani is just mouth watering and spices milder. Here you can get many varieties of biryani. In making, the first step is all about preparing a stock from meat that is slowly boiled in water carrying the spices for hours. This is the reason why this biryani is totally different and delicately flavoured than other biryanis.

(3) Galauti Kebab:
Well, Lucknow is not Lucknow without the aroma and tastes of Kebab. Galauti Kebab or Galawati Kebab is a pure special delicacy which was once prepared for an ageing royal Nawab of Lucknow with no teeth by the one-armed chef Haji Murad Ali.
Meaning of Galauti is ‘melt in your mouth’ and the dish always partakes its parameter to leave you amazed. What makes this kebab unexpectedly delicious is the heavy use of spices like black pepper, cardamom and others. With amazing taste, crispy outer layer along with soft filling, these spicy kebabs are meant to rule the streets of Lucknow.

(4) Tokari Chaat:
So after loads of spicy dishes, it is the time to taste the sweet and sour mouth watering chaat from the streets of Lucknow. Chaat is obviously Indian’s favourite go-to snack to add some extra and sumptuous taste to our monotony. It is made of frying grated potatoes in the shape of the basket, loaded with aloo tikkis, papdi, chickpeas topped with tamarind and green chilli chutneys.
You just need a Lucknowi special tokari chaat to spice up your day with the best flavour and tastes.

(5) Sheermaal:
Ever heard of sweet rounded naan? Never! Well, Sheermaal, in Lucknow, is something really out of this world and is really a popular food in the city. Sheermaal literally means sheer (milk) and maal (ghee) and basically, a chapati, baked in tandoor and is served with spices dishes to balance the level of awesome tastes.
The flavours of saffron, milk, sweetener and nuts will make you stunned in a flash.

So, these are some places amongst the places in Lucknow, where you can sit for a while and have some unforgettable tastes.