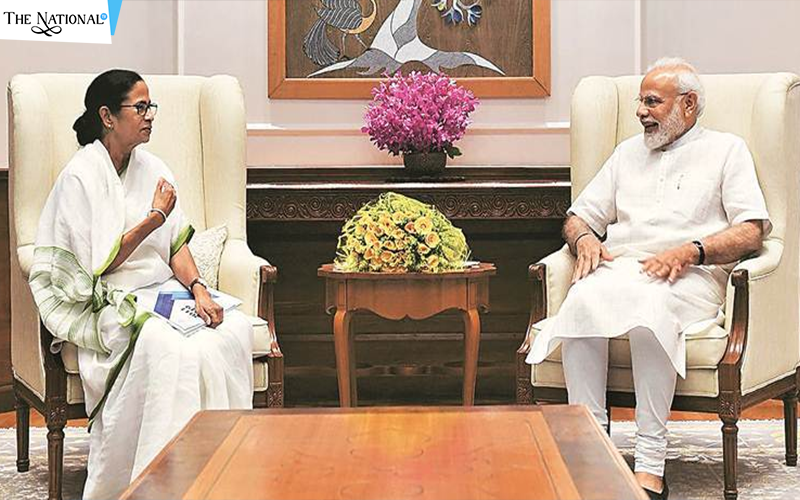 Prime Minister Narendra Modi on Sunday spoke to West Bengal Chief Minister Mamata Banerjee and assured all possible assistance from Centre in relief operations in cyclone-affected areas. Earlier in May this year, PM Modi claimed Banerjee did not answer or return his calls to assess the situation in the wake of Cyclone Fani. On Sunday, PM Modi tweeted: 'Reviewed the situation in the wake of cyclone conditions and heavy rain in parts of Eastern India. I spoke to Chief Minister Mamata Banerjee regarding the situation arising due to cyclone Bulbul. Assured all possible assistance from the Centre.

I pray for everyone's safety and well-being.' Home Minister Amit Shah too tweeted that he spoke with Banerjee and is also keeping a close watch on the prevailing situation in Bengal. Apart from sending 10 teams of the National Disaster Response Force (NDRF) in West Bengal and six in Odisha, 18 more teams have been kept on standby, he added. Seven killed as storm disrupts normal life in Bengal 'We are continuously in touch with central and state relief agencies. I have spoken to Chief Minister Mamata Banerjee and have assured all possible help. I pray to almighty for those who are braving out this adverse weather,' he wrote on Twitter.