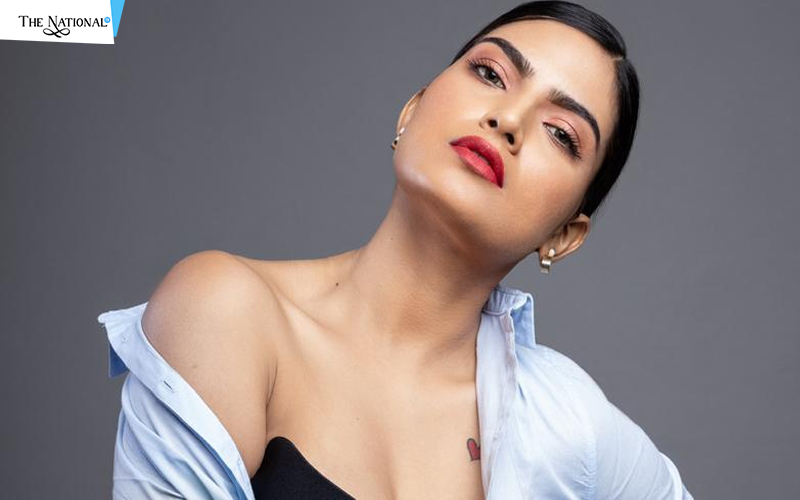 Debutante actress Divyaa Siingh who will be seen setting the silver screen on fire with her bold, beautiful and sensuous avatar in “Kandy Twist” says it is the responsibility of filmmaker and crew to make actress comfortable to get a bold performance from her.

The famous 90’s villain actor Shiva Randani, is all set to make his solo directorial debut with a film titled “Kandy Twist”,  a bold and content-driven crime thriller starring Akshay Khardia and Divyaa siingh in the lead roles. The trailer for the film is out and gone viral.

Talking about her bold and sensuous avatar on-screen and challenges performing under vulnerable conditions, Divyaa said, “About the Bold Scenes, see this is my first film, so my experience would be very limited. I am sure a lot of celebrities have had different experiences with their provocative or bold scenes, but the environment around my film was incredible. Entire cast and crew went out of the way to make me feel comfortable.

And whenever we were shooting for some bold scenes, director of the film, Shiva Randani would ask everyone to leave the sets, only required people would stay back to shoot. It doesn’t mean the crew was not cooperative, they were nice and respectful. But it was my director, Shiva, who paid special attention to the fact that she is a girl and even if she is wearing a bikini, she should be respected and treated with dignity. So it is totally the responsibility of the filmmaker and crew to make the actress comfortable to get such a bold performance out of her” added Divyaa.

Further adding, Divyaa praised the debutante filmmaker Shiva Randani for being kind and respectful towards the newcomer. “There is this scene in the film, where I am sporting a bikini and taking shower. So the shoot was going on and I had no idea what the camera was capturing, but my director, Shiva, got me a towel and said wrap it around, we’re just shooting the mid-length. Now you tell me who cares this much for an upcoming actress? So the care, concern and genuineness, he showed, I liked it.”

Talking about coming on-board with the film, Divyaa said, “An actor needs one thing, her character should be prominent. And filmmaker Shiva Randani, who is also a dear friend, offered me a role, which I liked and it was very prominent in the film. I didn’t even know I was the lead in the film. All I knew was that role is good and I am doing a song. And I said Yes”