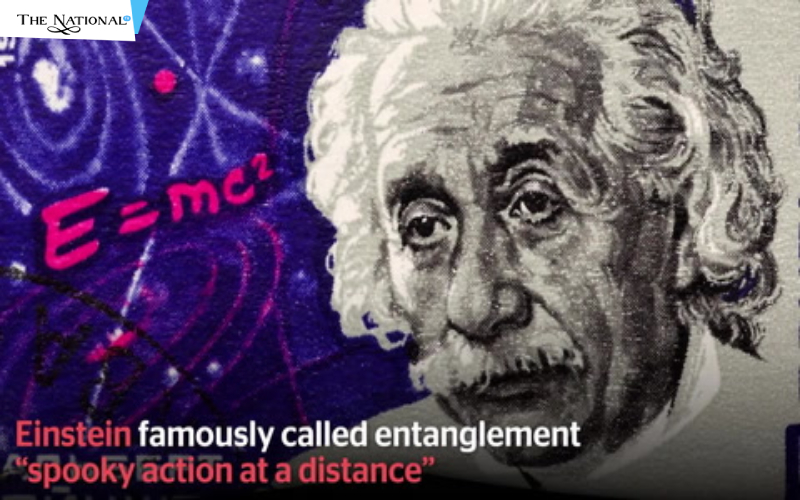 In last year’s budget session, the Finance Minister of the Government of India proposed that ₹8,000 crore be set aside to develop quantum science and technology. The detailed project report for a National Mission on Quantum Technology and Applications (NM­QTA) has been drawn out and finalised, and in the next couple of months, this mission might get approval. Recognising the importance of quantum technology, the Department of Science and Technology of the Government of India had initiated a programme called QuEST at a modest 200­ crore rupee budget to explore the possibilities and engage with the researchers. Potential applications “In the international arena, huge investments, both public and private, are carried out to roll out quantum based products. Potential applications include secure communication, fast computers that established quantum supremacy, sensors and quantum inspired devices,” says Ashutosh Sharma, Secretary DST. “The first mover has the advantage in garnering market share and technology supremacy.”

Quantum technology Knowledge of quantum mechanics is an indivisible part of the electronics industry. However, in the twenty-first century, the term ‘quantum technology’ refers to something even more disruptive and radical. It involves exploiting the properties of individual, or a few fundamental particles, to achieve revolutionary changes in technology. One example is the property known as entanglement. When two objects, say two particles of light, also called photons, are in an entangled state, any changes made to the state of one, for example, its spin, are reflected in the other particle, however far they move from each other without breaking the entanglement. If developed, this property can be used to transmit a message at a very high level of secrecy from one point to another.

In June 2020, China demonstrated quantum communication technology using the satellite Micius, by conducting a secret conference between two ground stations about 1,120 km apart. They used the satellite not to transmit the entire communication, but to simultaneously send a pair of secret keys to the two ground stations. Each secret key is one of two strings of entangled photons. Inter­ministerial mission The several areas in which this technology can be applied includes quantum communication, quantum encryption and quantum metrology. “In the years 1970­1980, people thought photonics would replace electronics, but it has actually augmented the latter. Similarly, now there is a big drive to look for domains where quantum effects can be harvested,” says Rajiah Simon, from The Institute of Mathematical Sciences, Chennai. Prof. Simon chaired the advisory committee to the team that drafted the detailed project report submitted to the government of India for approval. “NMQA is an inter ministerial mission, and the Department of Science and Technology is the nodal department," he added.

One of the members of the committee, Hema Ramachandran of Raman Research Institute, Bengaluru, who passed away in November 2020, contributed to the work of getting the report finalised under extremely trying conditions, many times from the hospital. This is recalled by Prof Simon: “She was extraordinarily brave, had talent, a remarkable sense of commitment and sacrifice. She was always concerned about academia– industry interaction being less than desirable and had plans to improve this interaction and cooperation.” Dr. Sharma, describing her as a “gem of rare brilliance”, expressed hope that she would live through her work. The NM­QTA is yet to be approved by the government, and it is under process. “Around 300 scientists, faculty and researchers; 30 institutes and good number of stakeholders were involved in developing Detailed Project Report on NMQTA. Mostly, these researchers and institutes shall be involved while implementing the mission once approved,” says Dr. Sharma.

The approval, her colleagues hope, would be the best tribute to Hema Ramachandran who worked without letting any of them know her deteriorating health condition.  Good progress There has been progress on several fronts as far as quantum technology is concerned, within India.  “There is a good progress in quantum communication, particularly in free space as well as in fibre. Prototypes have been developed and protocols are in place,” Dr. Sharma explains.  “Once satellite based transponders are available, free space communication could be demonstrated. Work is progressing smoothly and very soon, in less than six months, it will be demonstrated,” he adds. According to Dr. Sharma, on the fibre front, stretching beyond 150 km is being worked out. This includes development of repeaters so that signals could be boosted at every 150 km so that the desired communication can go for long distances.