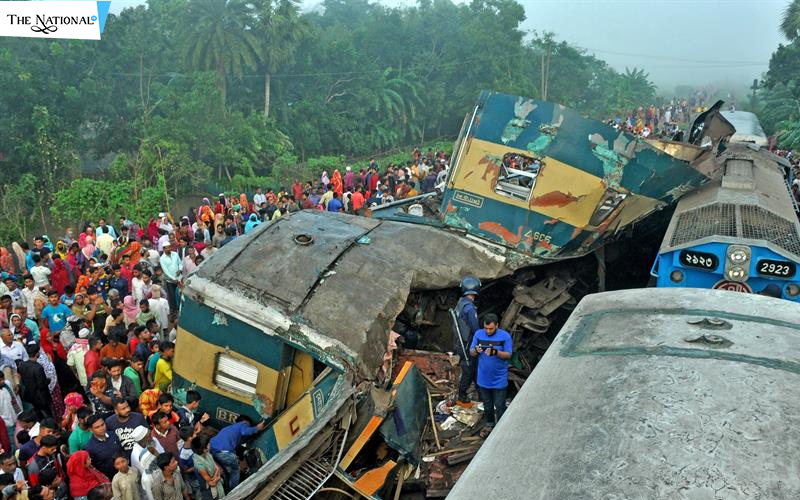 At least 16 people were killed and 58 injured on Tuesday in a train accident in Bangladesh's Brahmanbaria district. Police said the accident took place around 3 a.m. when a train bound for Dhaka collided head-on with another train going to Chittagong. "(The) Dhaka-bound Turna Nishita train hit Chittagong-bound Udayan Express damaging four to five wagons," Efe news quoted a police official as saying. Masud Alam, the administrative chief of the Kasba area, 16 bodies were recovered during rescue efforts, although the number could increase

The police chief reported that 58 people had been found injured so far-several of them in a serious condition - and they were transferred to hospitals in Bhramanbaria. Most of the passengers were asleep when the collision occurred. The authorities were yet to reveal the causes of the accident or explain how two trains ended up on the same track.