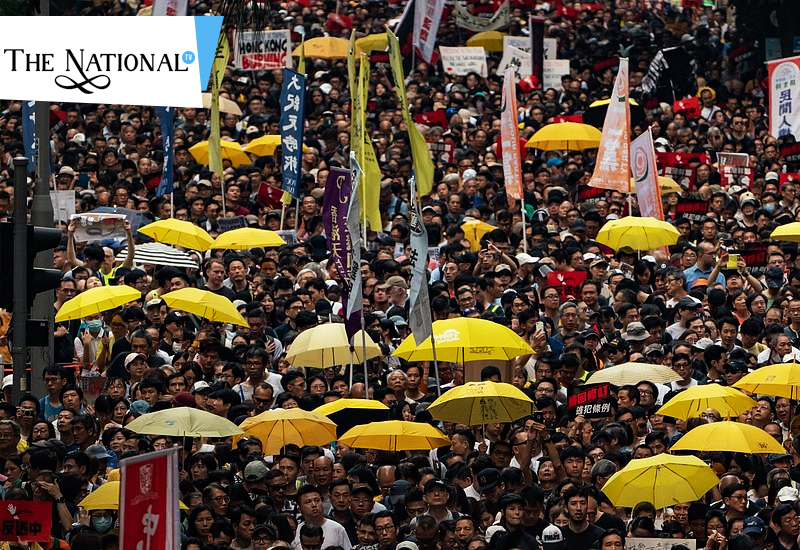 A lot of people gathered in Hong Kong to protest new extradition laws.

To change an extradition law which will make easier to send criminal suspects to mainland China. Hong Kong police told that around 22,800 people gathered in today's protest including aged people.

Many protesters carried yellow umbrellas,placards,many more thing. A protest symbol which first appeared in Hong Kong's 2014 pre-democracy protests, and placards which accused the territory's leader Carrie Lam of 'selling out' and called on her to resign.

Protesters marched through central Hong Kong . Where police were trying to control the crowd but as the crowd was in thousand, so it gets uncontrolable for cops.