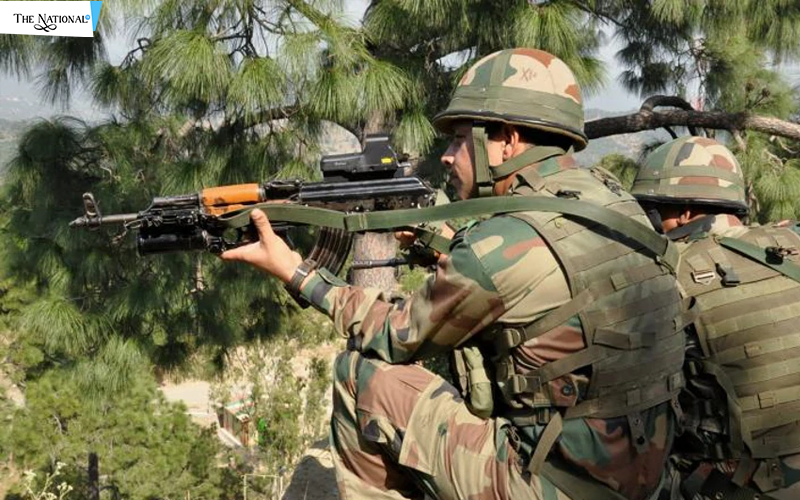 Indian Army has launched attacks on terrorist camps situated inside Pakistan occupied Kashmir (PoK) opposite the Tangdhar sector. This is in retaliation to the support provided by Pakistan Army to push terrorists into Indian territory. Indian army has used artillery guns to target the terrorist camps which have been actively trying to push terrorists into Indian territory.

As per sources, at least four terror launch pads in Neelum valley (Pakistan occupied Kashmir) have been targeted-destroyed. 4-5 Pakistani army soldiers have been killed and several others are injured. Earlier in the day, the Pakistan Army, in the unprovoked ceasefire violation, had targeted civilian areas killing one civilian and injuring three others in the area. The ceasefire violation from Pakistan Army was started to push infiltrators into the Indian side, according to the sources.