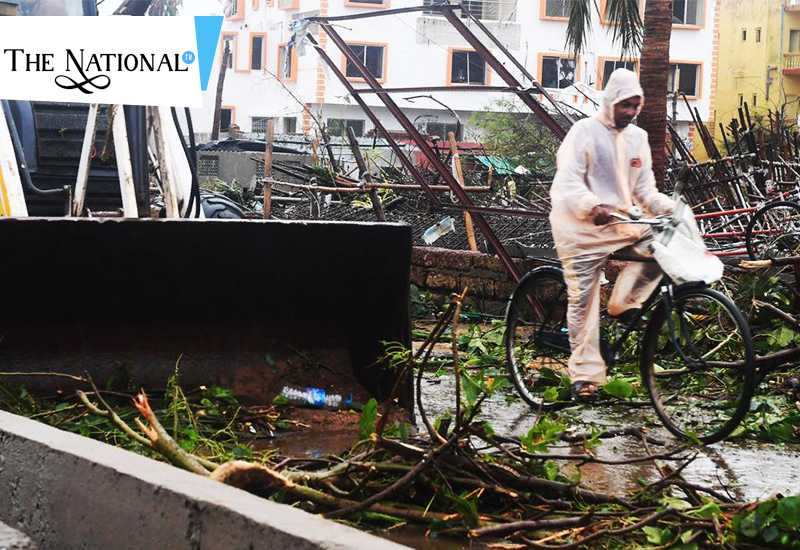 Cyclone Fani barrelled through Odisha on Friday, unleashing copious rain and windstorm that gusted up to 175 kmph, which could bring an "extensive damage". Killing at least eight people, blowing away thatched houses, and swamping towns and villages.

The extremely severe cyclonic storm Fani made landfall around 8 am in Puri, with roaring winds flattening huts, enveloping the pilgrim town in sheets of rain, and submerging home. Though the 'extremely severe' cyclone unexpectedly weakened into 'very severe' cyclonic storm in a matter of few hours, it left a trail of devastation in large parts of coastal Odisha, with the seaside pilgrim town of Puri being the worst hit.

The process of landfall will continue for the next three hours. The area along Puri is witnessing winds with a speed of 145 kilometres per hour that could reach up to 180-200 kmph leaving in their wake uprooted trees and thatched structures, including in the state capital Bhubaneswar.

Earlier, the state government had planned to evacuate only about eight lakh people.