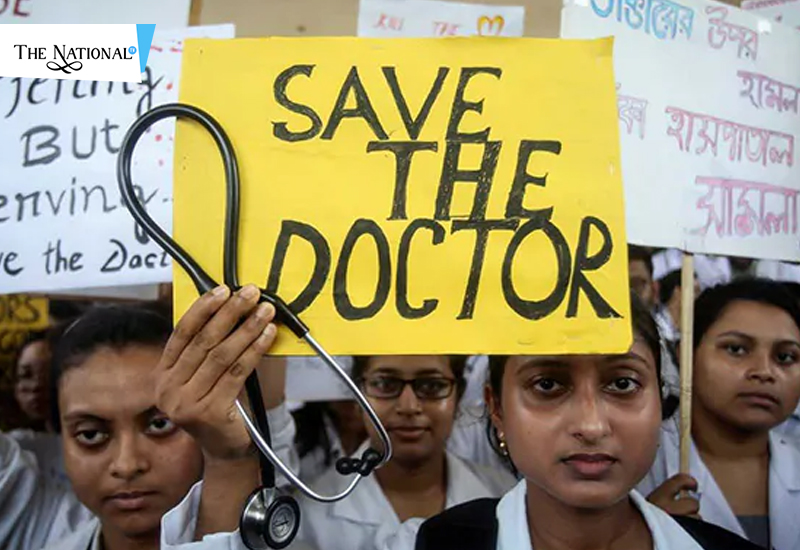 Earlier in today's morning, MAMATA BANERJEE cancelled her meeting with "PARIBAHA MUKHOPADHYAY", one of the interns who were assaulted at the NRS Medical College and Hospital, whom she was scheduled to meet along with the state health secretary and MoS Health whereas the doctors who are protesting against the assault on two of their colleagues at NRS Medical College and Hospital in Kolkata have sought unconditional apology from "Chief Minister Mamata Banerjee" in Kolkata and she has addresses the media on today. She has appeals to all the protesting doctors to call off their strike and to resume their work, adding that thousands of people are affected across the state due to the crisis and also have set 6 conditions for the state government in order to withdraw the stir.

This move presumably comes after the striking junior doctors turned down the West Bengal CM's 2nd invitation for a meeting at the "state secretariat", which was called to resolve the impasse, and continued their protest for the fifth consecutive day.