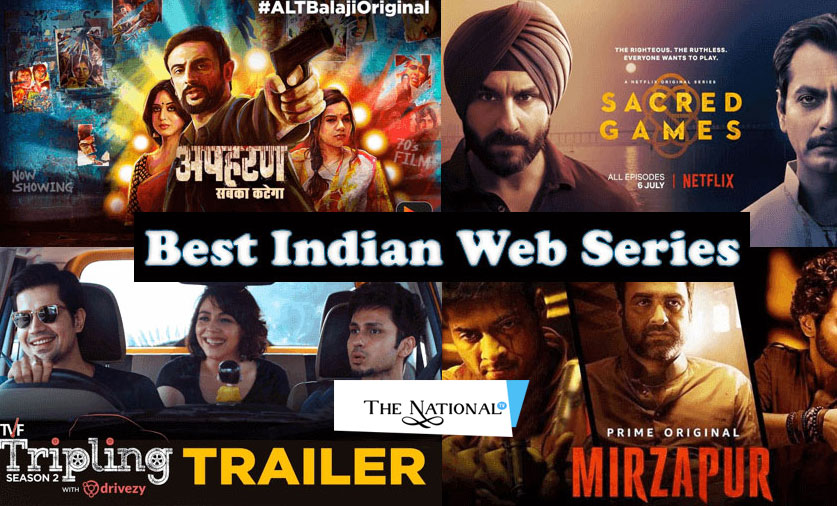 Indian Web-Series: From Emergence to Till Now

In the present time, everyone is busy scrolling through Netflix and Amazon Prime to watch new movies that interest them and specifically web-series of different-different kinds of genres, which are attracting many people.

We mostly watch the western web-series, full of horror, suspense, crime, and etc. like Money Heist, Strangers Things, etc. but now, these days our Indian Cinema has started working very hard to develop some new kind of taste among Indians and it is leaving everyone shocked.

There was a time when Indian TV series used to base on some general ideas like action and thriller but now since the series like Sacred Games and Mirzapur has started, they brought the boom inside the Indian TV series family. Back in 2015-2016, our Indian web series were just full of comedy like Wake n Bake or they were based on Romantic Sci-Fi like A.I.SHA. They did good and were favorites among youths but latterly, during 2018, when Directors like Anurag Kashyap (also the Director of Gangs of Wasseypur) and Vikramaditya Motwane came with the idea of presenting the best Action, Crime and Drama series, Sacred Games Part 1 (2018) & Part 2 (2019). It was the time when everyone was expecting the Indian Web Series makers to make more series following the same pattern.

It was like Sacred Games, gave a push to all the other directors to make web series because it was all the youngsters and the cinema lovers want. After that, web series like Mirzapur (2018), Rangbaaz (2018), The Family Man (2019), Pataal Lok (2020), and others came to the existence, presenting Action, Crime, Drama, and Suspense with Thrill.

This was the time when each and everyone was talking about these web series and their directors and actors because they were one of the best ones in the industry. Sacred Games had very versatile actors like Nawazuddin Siddiqui, Pankaj Tripathi, and Saif Ali Khan. Though, the shooting was in Mumbai and it was based on Tier One City but still it has its own separate fan base. But after that directors had started focusing on tier two to tier three level of places where they started focusing on the plot of their series. They started focusing on making stories about some lesser-known villages and towns like Chitrakoot (Uttar Pradesh), Ghaziabad, Gorakhpur, Ayodhya, and etc. Because the stories were focused on these tier three level areas, people got to know that a place like them was also emerging somewhere in India. They got to know about how the stories are true and the gangster could be found there. The cities were highlighted and this might have helped those cities to become even more famous. After that, everyone was talking about how should a director focus on these lesser-known cities, which has a rich history of crimes. The directors received many suggestions about other places where they could work on the very next and they might be working too.

Apart from the crime, action, and drama, there is another web series, available on Amazon Prime Video, named as Panchayat, featuring Jitendra Kumar, a newly dubbed actor in Bollywood (he played a protagonist role in Shubh Mangal Zyada Saavdhan. It was his first film too). The story is about a guy named Abhishek, who gets a post of Panchayat Secretary in Village Fulera of District Baliya (Uttar Pradesh). He did not have a good job but somehow, he managed to crack a lesser-known Govt. exam, that offered him the same post to work in a remote area and earn at least some money to survive on his own. He was a guy from a big city but how managed to live with those village people, how he started adjusting himself among them, and how he made friends there is what this TV series is focused on. Not just all these but he was also able to find a family there, in the village, as well. So, yeah! One must watch this TV series as well in order to have some different experience in another genre. This whole Tv series represents a tier four level of a village that only people from Uttar Pradesh were knowing but after this series everyone will know about Gram Fulera.