‘Angaar’, sees IKKA and Raftaar reuniting after 10 years and as the word connotes, it is a fiery play of words in rap music narrating their collective experiences with hip hop and society. The duo sets the tone for the track with distinctive synergy, with Raftaar delivering hard chopper rap style bars, while IKKA meets his pace spitting equally hard bars in his own unique flow synced to a signature Sez on the Beat production style. The core thought of “Angaar,” originated from IKKA’s fan comments and he penned his verse with the hook, after which Raftaar jumped on with his own verse and Sez On The Beat for the music.

‘I’ features an eclectic mix of high-profile powerful collaborations with some of the biggest and most talented rappers in Indian hip-hop like DIVINE, Raftaar, Lil Golu, Sikander Kahlon, and more. It also features the best desi hip hop music producers, namely, Sez On The Beat (Demon, Conversation, Gaanewale Rapper, Angaar), Byg Bird (Khatma), Phenom (Maujaan), Dj MissyK (Level Up), and many more.

“I” showcases IKKA’s deep-routed experiences and brotherhood within the hip hop community (Angaar and Level Up), his lifestyle (Aajkal and Maujjan), his attitude (Khatma and Gaanewale Rapper), his alter ego as a gamer (PS4 Pro), and his societal reflections (Conversation and Demon).

Talking about the album launch, IKKA, said, “I, my debut hip hop album, releasing on Mass Appeal India is a dream come true for me. The album name is about me, it’s the first initial of my name, and is also inspired by an undefeatable comic book character who was Roman and the roman numeral – ‘I.’ I have been blessed to be a part of Indian hip hop since its inception and what I can’t say to the world I say through words in my songs on ‘I.’

I’d like to thank – my brother, Raftaar, DIVINE, Lil Golu, Sikander Kahlon, Phenom, Byg Byrd, DJ MissyK, Hardbazy, Ashok, and especially Sez On The Beat who always does great work and has made the songs sound so legit; for all of their contributions and hard work in making my dreams come true and Arun Tanwar for always standing by me.”

Talking about “Angaar”, Raftaar, said, “IKKA and I are brothers and Angaar is our dream collaboration and I’m so proud is finally seeing the light of day. It’s been a while in the making and Sez has been amazing to work with and super thankful to him for breathing life into this track with his production.”

Devraj Sanyal, MD & CEO of UMG, India & South Asia, said, “A significant piece of Indian hip-hop history is written today. IKKA's debut album “I” is the proud amalgamation of many labors, from the richest collaborations to the most amazing A&R sessions and experiments over a year in the making. All of that can only be done with an artist who has an open mind. I expect great things from IKKA and his music and I place a very large bet on our future superstar.”

IKKA literally translated means “Ace.” Born and raised in Delhi in India, it’s here that IKKA chanced upon rap music and with a few friends, began representing the Delhi underground hip hop scene in its early days. After a few years of hard work and hustle, IKKA began gaining recognition as a lyricist, a path he had to choose in order to survive within the Indian music industry since Indian hip-hop had not gained mainstream recognition yet.

Commonly referred to as ‘the most underrated mainstream desi rapper,’ IKKA is a multi-talented singer-songwriter, rapper, lyricist, composer, and producer. He is popularly known for some of his Bollywood hits such as the title track of ‘Badri Ki Dulhaniya’, ‘Oh ho ho ho’ with Sukhbir, ‘Paniwala dance’, ‘Chamma Chamma’, ‘Kamariya’ from the movie Mitro alongside Darshan Rawal. He also lent his voice for the Indian chart-topper, ‘Dilbar Dilbar’ with ‪Neha Kakkar and Dhwani Bhanushali. Apart from his film music, IKKA has released his own non-film singles namely, ‘Get Down’ with Juggy D, ‘Cheater Mohan’ with Kanika Kapoor, and superhit ‘Body Language’ ft. The Moonlight in 2019. He simultaneously also pursued his first love, hip-hop with independent releases such as “Interview.” 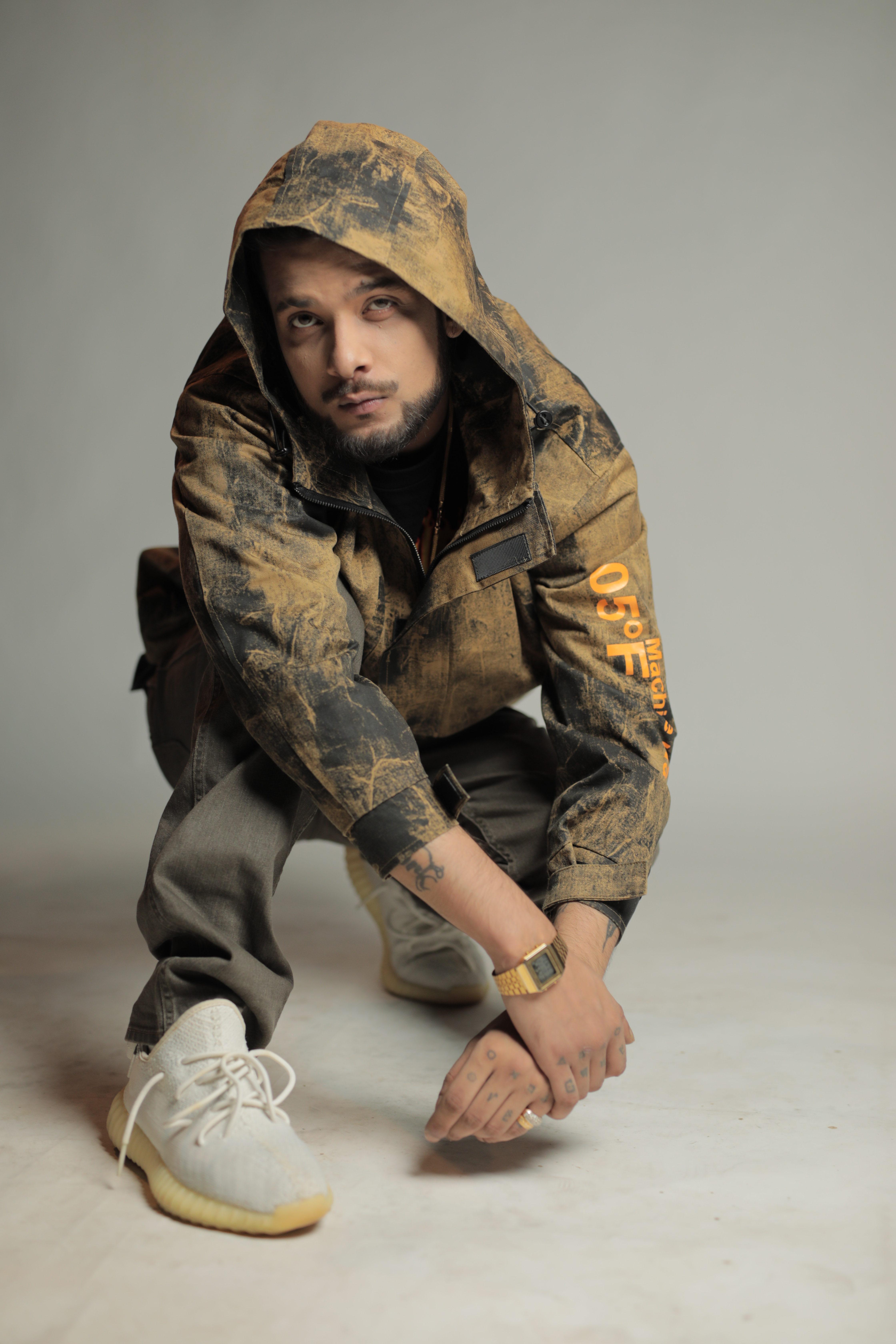 IKKA at the beginning of his career was associated with the artist name Young Amali within a hip-hop crew called ‘Black Wall Street Desis’ alongside fellow rappers Lil Golu and ‪Raftaar. As well as having the talent and musical know-how to create commercial music, IKKA has wowed true hip-hop appreciators with his pen game. IKKA is, without a doubt, one of the most passionate artists in and out of the recording studio and his success thus far is a testament to his hard work and commitment to the music scene having over 1 billion streams across all digital platforms.

At a time when the Indian hip hop industry was still in its’ nascent stage and many talented artists were struggling to make a mark in the music fraternity, Raftaar has brilliantly managed to carve his own brand of desi hip-hop catering to the urban millennials. A lyricist, composer, rapper and dancer, Raftaar is a multi-faceted global entertainer who has garnered a loyal following in a short span of time and is considered as youth icon for the millennial generation. The multi-lingual songwriter is bestowed with the ability to rap in Hindi, Punjabi, Haryanvi and Malayalam. With more than 500 shows to his credit, his concerts have been a sell out across the seven seas- Australia, New Zealand, Philippines, Dubai, Singapore, Malaysia, Nairobi, Bali, Thailand amongst others.

The song that really launched Raftaar into the rap lovers’ imagination was his debut “Swag Mera Desi,” his way of announcing, that he didn’t need a band to make it big. The song was such a hit that Bollywood took note and in 2016, Raftaar discovered his independent identity in music with successful collaborations with artists like AR Rahman, Badshah, Vishal Shekhar, Salim Sulaiman, Anirudh, Pritam, Sachin Jigar, Raxstar, Humble The Poet and Sarb Smooth. Although Raftaar has been at the forefront of the hip-hop scene, he shot to mainstream popularity with his smash hits in films like One, Bullet Raja, Heropanti, Dr. Cabbie, Fugly, Singh Is Bling, Gabbar Is Back, Flying Jatt, Baaghi, Dishoom, Beeimaan Love, Tum Bin2, Kaabil, Dangal, Jolly LLB 2, Fukrey 2, Saath, Bhaiyaaji Superhit, Tiger Zinda Hai and Darbar that became a constant fixture on the airwaves. Making his maiden innings in the entire film score creation in a film, he aligned forces with Sangeen in 2020.

Having acquired the lucrative tag of a youth icon and thus being widely courted by brands, his journey from being a contestant on Dance India Dance to being a judge on reality shows like MTV Hustle, MTV Roadies and Dance India Dance, Jhalak Dikhla Jaa to being a television host with Swag On With Raftaar, has been an inspirational one. They say that 'dreams don't work until you do', and some of the most successful people in the world will endorse this. Raftaar is one such exemplary example of how success is built with one's own determination and hard work.

Based in Mumbai, Mass Appeal India is the first global extension of the Mass Appeal brand, a multi-media entertainment platform dedicated to amplifying India’s burgeoning hip-hop culture on a global scale. In partnership with Universal Music Group, Mass Appeal India signs and collaborates with the brightest stars from India’s fastest growing music scene and works with brands and content creators to connect India’s unique culture with a worldwide audience.